Previously, we looked at Christopher Booker’s 7 basic plots of how stories are told. Today, we’ll look at the sixth of these 7 from a content marketing perspective: the Tragedy.

Walter White from Breaking Bad is this sort of well-known anti-hero. Shakespeare’s Hamlet is another classic tragedy. We root for evil to be vanquished by good. 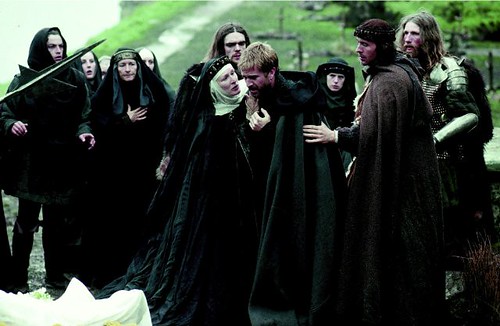 Up until now, we’ve emphasized that your customer’s story is what matters most. Your customer is the hero, the protagonist, and should be the central focus of your storytelling efforts. The tragedy will require some literary dancing on your part to use effectively in content marketing.

For example, if you were doing B2C weight loss marketing, you’d villainize the slothful, gluttonous part of the customer’s persona. Matthew Inman’s The Oatmeal did this brilliantly by extrapolating a part of his personality as a separate character, the Blerch. The Blerch is a villain we root to see defeated, time and again.

If you were doing B2B security marketing, you’d perhaps villainize the insecure coworker, the guy or girl who leaves passwords on Post-It notes in plain sight. The insecure coworker shouts their corporate credit card number into the phone in an open office. The insecure coworker blindly puts USB thumb drives into their computer after receiving one in the mail in an envelope with no return address. This is a villain you can paint and root for the destruction of their bad security habits.

The tragedy is not suited to all forms of storytelling because it requires a character flaw you can highlight and amplify. If your product or service doesn’t tackle that character flaw head on, the tragedy is a poor fit for your narrative. It’s also an ungentle form of storytelling. You’re rooting for something destructive to happen; admittedly, we want the destruction to happen to something bad, but it still possesses a hint of negativity to it.

Suppose you want to reform the villain rather than outright defeat it? Tune in to the next post for a look at how we might do that.