Previously, we looked at Christopher Booker’s 7 basic plots of how stories are told. Today, we’ll look at the fifth of these 7 from a content marketing perspective: the Comedy.

Comedy isn’t just funny content. While there are shows on Netflix of stand-up comedians doing their routine for two hours, that’s not comedy in the literary, storytelling sense. A comedy is the telling of a story in a light-hearted manner; the hero may experience funny situations, but still triumphs over adversity.

Shakespearean comedy often revolved around young love defying society or around winning someone’s hand. Modern comedy includes works like Bridget Jones’ Diary, Ghostbusters, and Forrest Gump. None of these movies are simply funny moments stacked atop one another; all have clearly defined stories. 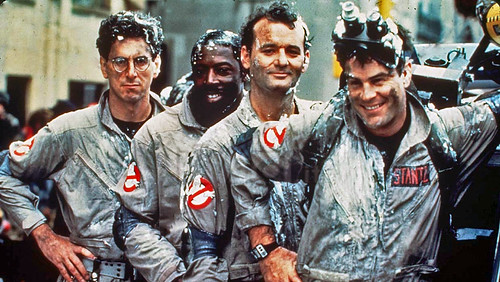 When telling your customers’ stories, a comedic structure allows you to share their experiences and potentially your own foibles while still sharing a positive outcome for the customer as the hero. Imagine a story of your customer getting a bad product but having a hilarious customer service experience that fixes their problem and delights them at the same time, such as this story in which an Amazon customer service representative role-plays Thor and Odin with a customer.

You can tell a comedy on behalf of your customer in many other ways, such as the process a customer goes through to research and buy a product. A comedy of errors isn’t just a cliche, but an actual conceptual story line. A customer who dealt with a previous competitor’s foibles is also great comedic fodder as long as the story ends with the customer winning against adversity.

Comedy is also an excellent way to tell your own corporate stories in a self-deprecating manner. Self-deprecation mitigates against your story being perceived as arrogant, and can reduce the perception that your story is entirely self-serving. Inviting people to laugh at you (kindly) gives them less room to attack you.

Remember that comedic stories can and should have dramatic swings to it. Ghostbusters would have been much less compelling without a Big Bad Guy. Forrest Gump would have been dull if he’d been shown just sitting at the bus stop the entire time. As you tell your marketing stories in a comedic format, don’t shortchange the dramatic moments for fear of straying from light-heartedness.

In the next post in this series, we talk about being the bad guy.