How to fail or succeed at social media hashtags

I was asked recently, “How can I make a hashtag go viral?”

That’s like asking how you can make a file folder in your cabinet go viral in the office. After all, hashtags are tags. They’re a way of categorizing information, a way of retrieving it. They’re not super exciting.

Hashtags are the Dewey Decimal system of social media.

For most marketers, hashtags are also self-serving by nature. They’re for the convenience of the person transmitting information so they can go back at a later time and find out what happened with the tag. Do they benefit the audience? Only if the audience is looking for that specific piece of information.

Likewise, if you consistently publish content to a hashtag around a specific theme, that hashtag becomes associated with your brand to your audience. For example, almost every weekday morning, I publish 5 interesting reads under the hashtag #the5. I’ve been doing this since 2009. What happens with consistency? People start picking it up: 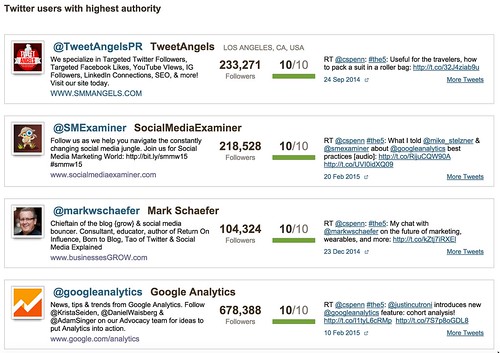 The most influential sharers of #the5 according to Sysomos MAP.

The number of times #the5 has been seen and shared in the last 6 months.

The hashtag fulfills its purpose as a categorization system and an information retrieval system.

Compare this with how the average marketer thinks about hashtags. They see them as one-time use throwaways, part of very short-sighted, campaign-centric thinking. Hashtags are a checklist item at the bottom of the marketing plan. They don’t “go viral” because they don’t live long enough for people to see them and pay attention.

This is how to fail at hashtags; imagine a library that threw out catalog numbers every time you checked out a book. The next time you came back to the library, you’d have no idea where the book was. That’s what you do to your audience when you use hashtags only inside of campaigns.

Asking how to make a hashtag go viral is the wrong question. Ask instead how to be known for the content you create and share that incidentally also has a consistent hashtag.