One of my students asked me why Google+ was, in his perception, flagging compared to the Facebook juggernaut. I though this was a powerful question and one worth investigating. First, is Google+ flagging in its efforts to become a dominant social network? That’s not an unreasonable question to ask. Certainly, Google is doing its level best to integrate G+ into everything possible, at the expense of its other products (Google Reader suffered mightily, for example).

The best available public estimate comes from sites like Compete.com, who don’t necessarily have good quality data when it comes to traffic estimation (especially for less popular sites). However, given G+’s high prominence, I would expect that Compete’s estimates would be reasonably useful for a big picture view of Google+. 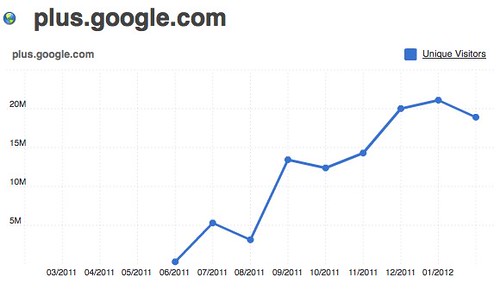 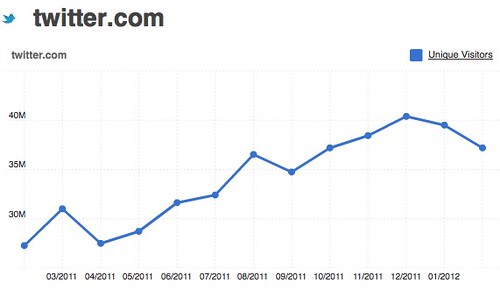 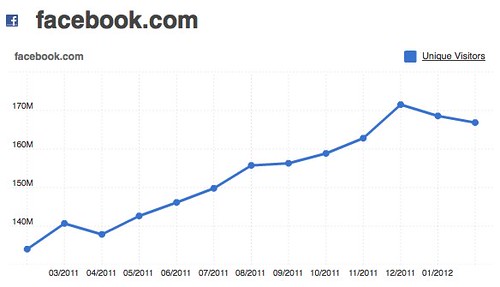 Looking at all three charts, Google+ definitely has a rockier growth curve and what appears to be an inflection after January. However, the other networks also show similar traffic patterns, so that’s inconclusive. 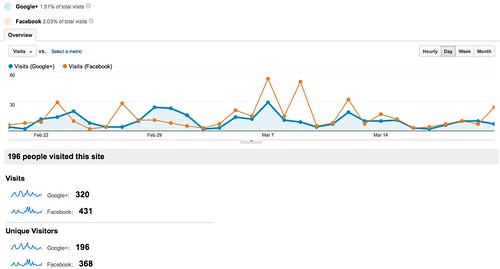 So is Google+ flagging? For me, yes. Take a look at the 6 month view:

Facebook is regaining the upper hand again for me.

If we accept the premise that Google+ is flagging, then we need to ask why. There’s some sound common sense to the idea that, well, all our friends are already on Facebook, making it inherently stickier. There’s a deeper reason, however, one that most casual social media folks don’t consider: the API.

Google+ has an API that can best be described as woefully underpowered. It does very little, and it’s not particularly useful. You can’t even update your status via API. Facebook’s API, by comparison, is the definition of openness and extensibility. You can get a firehose of functionality and data out of the Facebook API, almost terrifying amounts of data.

Translated into real world terms, this means that Facebook has the clear upper hand when developers want to develop on a robust platform. Facebook has the upper hand at putting Facebook everywhere and anywhere with its social plugins and Open Graph. Facebook’s Mobile Developers Platform is practically a gold standard for how you should provide developers mobile access to your platform with robust SDKs for both iOS and Android. It’s sheer irony that Facebook does Android better than Google does.

What’s deeply confusing is that Google has traditionally been known to have better technical capabilities than nearly any other company around, yet the development around Google+ has been stunted at best. If we accept that Google+ is flagging against Facebook, the blame has to around its development ecosystem. Facebook’s app ecosystem runs rings around Google and is second only to Apple’s iOS ecosystem.

What’s your take? Is Google+ flagging for you, and if so, are you changing your strategies?