AI Primer for Marketers Part 9: Preparing For the Future

The most innovative marketers routinely pick up new things, try them out, and succeed or fail. Why are marketers struggling so much to adapt to artificial intelligence and machine learning? In this series, we’ll explore machine learning and artificial intelligence to build a foundation for understanding the field – and how it applies to marketing.

Preparing Your Career for an AI Future

As AI and machine learning become more powerful, we will inevitably see changes in the workforce. The most rote and repetitive information jobs we’ll automate, as just as robots automated those jobs in factories and manufacturing. So, what should we be doing to ensure our careers are long and fruitful in a landscape where machines can learn a sizable portion of what we do every day?

We focus on three areas of growth:

One of the key critical tasks we will need to perform as AI evolves is supervision. For good or ill, AI code is still largely written by humans today and will be for the near term future. That means our fears, our biases, and our agendas will sneak into code. One career or duty which will be prominent in the coming years is a human checking and validating the output of AI software.

For example, Pro Publica wrote a great piece recently about a police algorithm that attempted, using data and machine learning, to identify which criminals were likely to re-offend, to commit a future offense. Their software did a generally terrible job, about 20% accuracy. Flipping a coin would have been far more accurate. However, their software also classified African-Americans as five times more likely to re-offend, which was also incorrect.

We will need humans to consistently and vigorously fact-check the AI software until we’re certain it’s free of our biases and incorrect assumptions. Otherwise, we might end up with an entire AI generation of Tays, AI software that speaks to our worst impulses.

How many bad marketing assumptions might you accidentally build into your machine learning marketing platform?

Most AI software today is purpose-built, meaning that it has a dedicated function, such as image recognition or natural language processing. As a result, the training of these artificial intelligence tools is limited to its function; the tools can’t see how we will use them outside of the narrow context for which they’ve been designed.

Thus, anyone who is a strong multi-disciplinary thinker will have an advantage when it comes to working with AI. Someone who can take an algorithm, an API, or an AI and use it for multiple, different purposes, or who can chain together different tools to achieve an entirely unexpected outcome, will have significant career prospects until AI software becomes fully sentient and self-aware.

For example, imagine the marketer who takes a list of customers and uses machine learning to identify the best customers with heavy statistical analysis. The multi-disciplinary thinker would then determine ways to use that output for other inputs, from website optimization to social media ads to marketing creative collateral.

While machines and software are making the creation and generation of code easier than ever, the ability to think and design software from a conceptual perspective isn’t getting any easier. Today, a designer can pick up drag and drop software and create ready-to-use AI-powered applications in minutes or hours instead of weeks and months. However, without an understanding of how to think about software design, such applications are likely to be duds.

People who think algorithmically, who create designs that are efficient and effective, will continue to be in very high demand. While AI software can learn from past patterns, the act of pure creativity – even in software development – is still not something we can outsource to the machines. The best thinking and designers have a long, prosperous road ahead of them – especially if they have domain expertise. A marketer who can also design algorithms for an AI to use will be a priceless asset and a significant strategic advantage for a company.

Here’s an example. If you’ve not heard of it, MIT makes a great piece of software called Scratch, a kids’ programming language. Instead of writing code, kids drag and drop design components together, from control loops to variables to sensors. 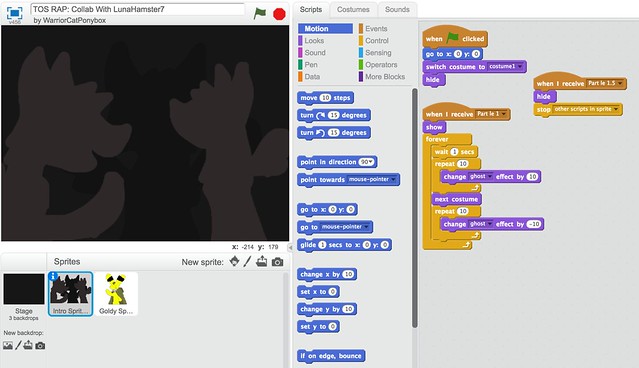 Without needing to write code, kids create software architecture, and some incredibly elaborate software. They don’t need to worry about a misplaced semi-colon or an incorrect indent – they focus all their efforts on design and architecture of code, rather than syntax.

Now, compare the above with IBM Node-RED: 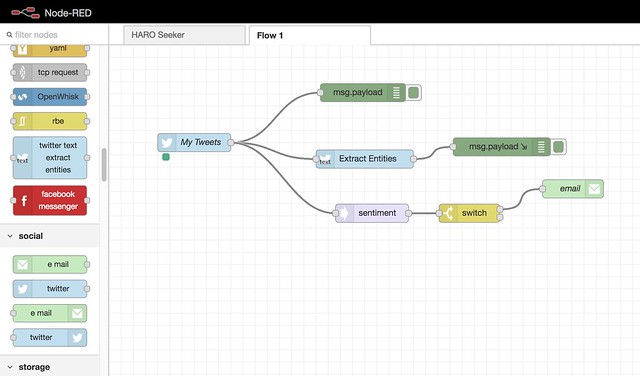 The similarities are striking; however, instead of creating video games, IBM Node-RED allows non-programmers to work directly with services like IBM Watson’s various APIs. Someone who grew up learning Scratch could easily transfer their software architecture skills to Node-RED and be productive as an AI developer almost immediately because they learned to think algorithmically.

The future of AI in marketing – or many other fields – is bright, but so are our prospects if we’re willing to adapt and work with the machines, rather than oppose them. We can, as IBM CEO Ginny Rometty says, transform AI into augmented intelligence, making us as capable and powerful humans as possible, with our machines doing the heavy lifting.

The AI Primer for Marketers Series

Be sure to catch my keynote talk about this topic as well.