One of the ‘best practices’ touted by social media ‘experts’ is to never use direct messaging features in a social network to advertise. This has become such an ingrained belief that social media users take umbrage when it happens to them.

Why? If the end user doesn’t want to hear from someone, unfollowing is a click away. Unlike email marketing, once a user unfollows, we marketers cannot message them again. They are protected from ever hearing from us.

I question the belief of never sending direct message solicitations because our efforts to build an audience must have a business-impacting goal. Why build a large audience if you never ask anything of it? Do we value the vanity number – followers – so much that we’ll forfeit leads, conversions, or revenue?

Why build an audience at all, especially on services like Twitter, where our tweets are visible whether or not someone follows us?

When I began promoting my book last month, I chose to incorporate Twitter direct messages as part of my outreach plan. Using followers’ biographies to write targeted messages (CEOs, for example, got a CEO-centric message), I reached out to several thousand followers about the book. 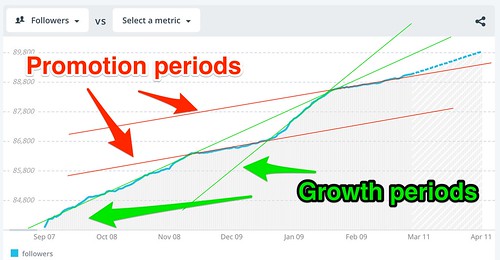 I will gladly trade losing a few followers per day for a 22% increase in sales. My bank doesn’t accept followers as a form of currency. My bank gladly accepts dollars.

What should we learn from this experiment? Test direct messaging for major initiatives. It may not be the right tool for every marketing campaign, but when we’ve got to show results for a major launch, direct messaging should be in the mix.