You get what you sell for

There’s an old, worn-out adage: you get what you pay for. The explicit lesson is that quality or quantity cost money, cost resources, and the more resources you expend, the more of whatever you’re buying you should get.

There’s a flip side to this adage: you get what you sell for; that is, if you don’t ask for someone to buy something, you’ll never sell anything. I want you to think carefully about a couple of social networking utilities right now, Klout and Empire Avenue. 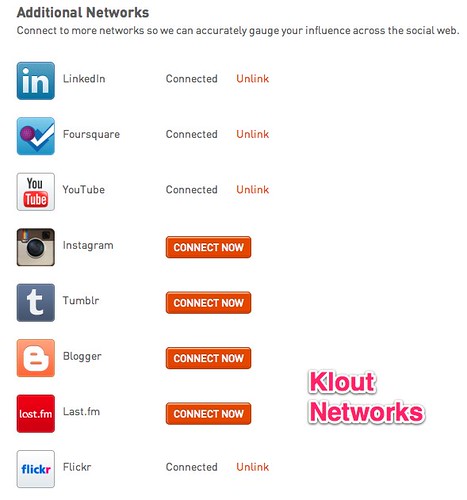 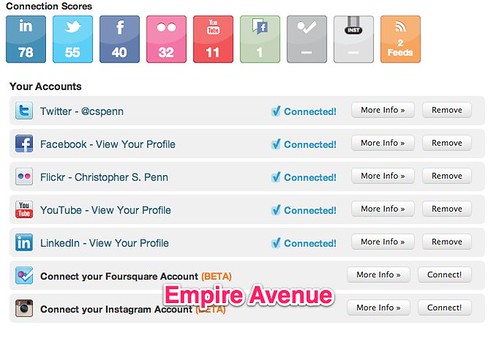 There is an implicit message here. These networks, which essentially try to offer a way to assess your social media influence, are asking you to make a deal:

Don’t believe me? Think about the statement that we started with: you get what you pay for. If you want influence, these networks are asking for your participation in social networks. The more you participate, the more influence you garner. In order to prevent easy gaming of their algorithms by mass adding friends and followers, they focus instead on activity, activity on content-based networks like Flickr, YouTube, Instagram, Blogger, and more. The more activity you generate, the more influence you theoretically garner.

Of course, all that content and activity you generate has to have at least some level of value in order for people to want to engage with you. There has to be some value to the photos you post on Flickr (uploading endless blue squares would be ineffective), the videos you post on YouTube, etc.

In order to “buy” influence, you must trade it with content of value. Now we introduce opportunity cost. Every time you publish your photo to Flickr instead of Fotolia, you trade influence for potential revenue selling your photo online. 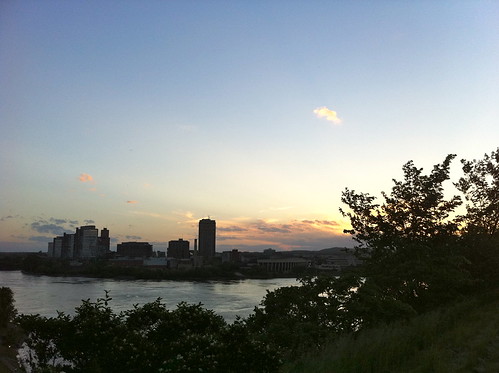 Why buy this photo when you can get it at no cost through social media?

Obviously, there are no absolutes; you can sell stock photos online and still present some version of them on Flickr. You can create stock video and still have fun clips on YouTube. That said, if you’re hunting for clip art for your corporate newsletter, which would you prefer in lean times, a no-cost Creative Commons licensed work or a paid licensed work? That choice is easy – and unpleasant for content creators trying to be compensated for their work.

For the many people who are just getting started in social media, the initial bargain seems to indicate that giving away everything, trading away everything, in exchange for influence is the way to go, and very few people will contradict that initial impression. There is a balance, but very few people are aware of it or are willing to promote the balance between valuing influence and valuing commerce.