You need a thing. Do you have a thing? 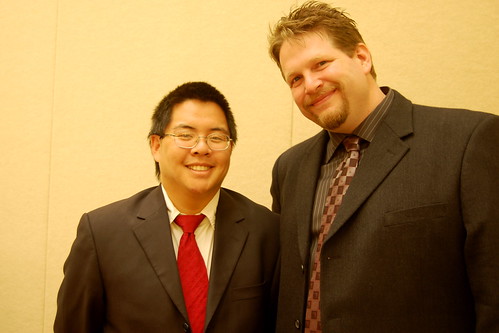 I’m not referring to juvenile humor, but rather talking about something you’re noted for doing, some regular, repeatable, reliable activity that other people value.

What Kind of Thing?

Figuring out your thing isn’t terribly hard to do. It’s something you’re already doing or a problem of your own that you’re already solving for yourself. Each day, there’s a good chance you’re refining your thing, whatever it is. The only questions are, is your thing legitimately useful, and do you want to be known for your thing?

Your thing may not be legitimately useful, in which case, frankly, you should stop doing it yourself and replace it with something that is useful to you. Examine every habit, routine, and practice you have to see whether or not they are useful to you and leave the non-useful ones behind.

You may not want to be know for your thing, and that’s okay. For example, you might be really awesome at finding a certain kind of pornography online, which is not a skill most people value. Take that raw ability and extrapolate it to something useful – if you can find one type of content well, chances are you can find many other types of content well and be known for that instead.

Why Do You Need A Thing?

In fancier business parlance, your thing is a vital part of your unique selling proposition or your personal brand. However, most people get derailed looking at those loftier terms and never actually dig in and figure out their thing. That’s why figuring it out is a good place to start; from there, you can build upwards until you naturally arrive at your USP or brand.

More important, your thing can evolve to an actual product or service. #the5 turned into a newsletter, which in turn creates subscribers, subscriber data, and a marketing outlet. Inbox Zero turned into a line of products, books, planners, etc. that are practically a cottage business in and of themselves. Sometimes your thing evolves far beyond your wildest imaginings; Sam Walton’s thing was finding cheap stuff to sell to people who didn’t particularly care about quality as much as they cared about price. HIs Walton’s 5-10 – the physical manifestation of his thing – became the retail Death Star known today as Walmart.

So, what’s your thing?