What Gaming Technology Can Do For Your Business

If you think video games are all about slacking and not getting anything done, think again. If you think there’s nothing which your business can benefit from the gaming world, think again doubly so. Gaming today demands as much, if not more, of your tools and technologies as business does. Today, I want to highlight a few pieces of technology that World of Warcraft players use that could find great use in your business.

Mumble. How many times have you been on a conference call where the quality of the audio is… shall we say, less than stellar? Mumble is an open source voice communication server that focuses exclusively on quality and very low latency, which means that it’s intended for use when real-time conversation is essential. Gamers use it to coordinate their raid teams (groups of 10/25 people who are working together to kill Internet Dragons) and thus low latency is essential to coordinate the team’s activities. A delay even of two seconds can mean the difference between your entire team living or dying. 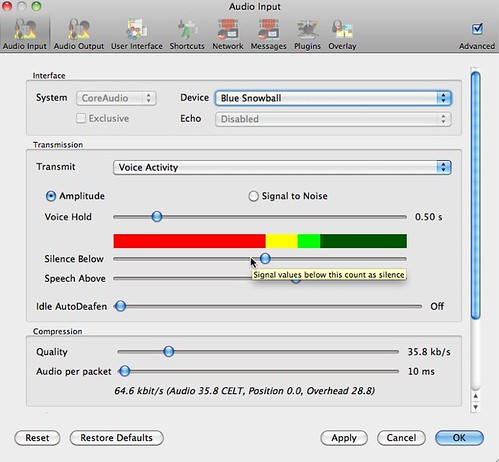 One of my favorite features is its built in noise-gating. Have you ever been on a conference call or webinar where someone’s got their mic open and you hear chewing, typing, sneezing, air conditioning, and anything except what you want to hear? Mumble filters that out, because such occurrences are as frequent in gaming as they are in business.

Imagine having a conference call or team meeting where everyone can clearly hear each other, where voice quality is superior to Skype and the telephone, where certain speakers have priority, where calls can be cleanly recorded and archived, and the cost of the conference call system is totally free? That’s Mumble. Running your own server in-house is just a matter of installing it; there are also plenty of hosted services that will provide per-seat licensing.

Icecast. Suppose you want to have more than just a few people listening in? Some of the top World of Warcraft guilds want people to be tuning in as they tackle world first bosses, killing off giant Internet dragons, and nerdraging out loud. Very few of them are going to pay conferencing services to do this for them, which is where applications like Icecast come in. Using streaming MP3s (which virtually every PC can access through programs like WinAmp and iTunes), Icecast can broadcast to hundreds or thousands of listeners, depending on your Internet connection. 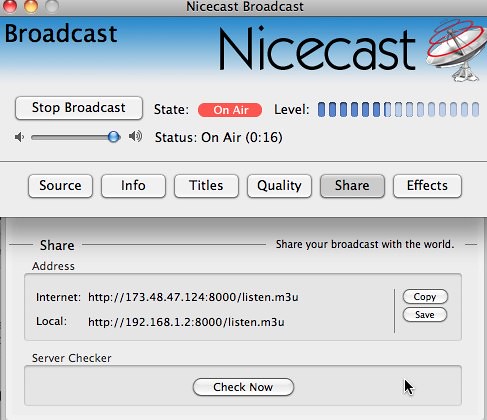 For internet startups and companies on very tight budgets, Icecast might be just the thing you need for hosting audio streams for webinars and online events. It’s available for all platforms and is fairly straightforward to set up – I set up a test Icecast station on my Mac and was up and running in 30 seconds. Having a Google+ hangout and you want more than just 10 people listening in? Icecast your browser’s audio and you can open up the meeting to thousands.

Headsets. Gamers love premium audio for the rich, immersive experience and will pay top dollar for it. Headsets not only have to be functional, they have to be exceptionally comfortable for hours upon hours, far longer than your average conference call. In addition, headsets for gaming need to have a solid microphone that sounds good and will put up with a lot of abuse.

I recently bought the Plantronics GameCom777 headset. It’s designed exactly along the specifications required for spending time playing World of Warcraft. But as I’m sure you’ve guessed by now, it’s also a terrific headset for working in the office. It’s got plugs that support both my iPhone and my desktop, works with Skype and Mumble as well as GoToMeeting/GoToWebinar, as well as audio and video production. Conference calls? No problem. I can seamlessly switch from the desktop to my mobile phone instantly and sit on a call for hours at a time if need be. 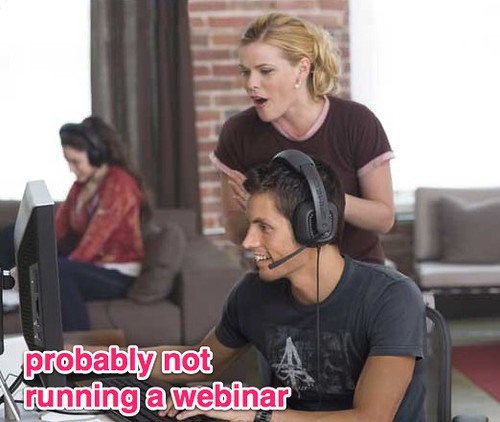 How many webinars have you sat through where the presenter is on their mobile phone screaming the presentation into your ear? I don’t want to be that guy, and a decent quality headset is the answer to it. Here’s the other neat twist, especially for the accounting folks out there: most “business” headsets are inferior quality to gaming ones at triple the cost and are uncomfortable to boot. If you’re shopping for audio gear for your team, bypass the office supplies stores (and their markups) and head for the video games aisle at your big box stores instead.

There’s a lot business can learn from the gaming world; there are cost savings to be had everywhere and innovations that benefit business teams based on the very stringent demands of gaming teams. The only question is, are you as a business leader open-minded enough to look beyond the office and see what others are using to get results in a totally different field?