How to beat social media lock-in

Mark Zuckerberg, at yesterday’s Facebook event, announced to the world that the metric that matters to him is sharing, not raw numbers of users. The words coming out of his mouth certainly don’t match the actions of his company. Consider the recent move to block the Facebook Friend Export extension for Google Chrome.

Don’t believe the hype. The social endgame is very much about users and locking them into a platform. Facebook is notoriously difficult to get data out of as an end user; developers have it marginally easier with APIs, but the average mom & pop shop isn’t going to be coding against Facebook’s APIs any time soon. 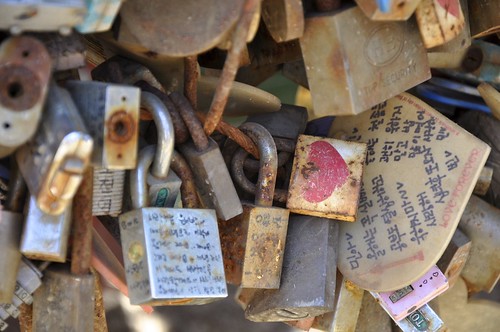 If the race to lock in users seems familiar, it’s because this is a battleground we’ve visited many times before, from mainframes to desktop operating systems to portal web sites to mobile phones to social media. While in the short term, consumers will benefit from networks competing on features (since price is arguably not a competing point right now), in the long term, the social turf wars will be to consumers’ detriment as every network attempts to lock in users in some fashion. Even Google’s admirable Data Liberation Front won’t have much traction with the average end user because honestly, who wants to go through the hassle of re-uploading all your data to another service?

What should you be doing to ensure maximum flexibility and the most number of options?

1. Diversify. Each network is struggling to replicate features that the others have. Facebook’s “awesome” product launch yesterday was a rehash of features debuted in GMail three years ago. As a result, each network can functionally do most of what its competitors can do.

What I do to make the networks work for me and keep people engaged in multiple spots is to use each network for a different purpose. Twitter is my water cooler and top of funnel engagement point. It’s where I meet the most new people, find the most new people, and introduce myself to them.

On my Facebook fan page, I’m less active but there I share tools, tips, and things I’ve stumbled across. I put stuff there as a corkboard to some degree, just as a way of remembering things that are useful.

On LinkedIn, it’s all about groups and professional connections. I serve as a hub to a network of over 6,700 people to pass along connection requests, job stuff, and help to administer the Marketing Over Coffee group. Some of my Twitter content gets replicated there, but LinkedIn is much more about the connections between people and what I can do for them.

Google+ is rapidly becoming my idea sketchboard. A part of this post started out as a pithy post on G+ yesterday. When I saw a lot of people share and comment it immediately, I knew I had something worth writing about, so G+ has also become something of a focus group for me.

2. Export, export, export. There’s a reason I tweet every week about connecting on LinkedIn and mention it on Facebook and other networks. LinkedIn is one of the few networks that gives you your connections outright in a nice CSV file. Google’s Data Liberation Front is another. I make copies of my network weekly and store them as files on my laptop.

3. Unify through email. Lots of people don’t check social networks like crack addicts looking for their next hit. Most people, myself included, have plenty to do during our days without hitting Refresh on our Facebook wall once a minute. To that end, I try to bring together all my content in my monthly newsletter and weekly #the5 wrapup. Email is still the most reliable push mechanism for reminding people you exist and are worth interacting with if you do it right.

4. Don’t bet the farm. This is the corollary to #1. Don’t bet the farm on any one social network. Plenty of people made this mistake with MySpace. Don’t you let history repeat itself. Yes, Facebook has 750 million users right now. It’s the king of the hill. So was MySpace in the day. Let history guide you – keep your options open, establish a presence on new networks as it makes sense to do so, and don’t assume that Facebook’s current dominance will be any less fleeting than MySpace’s.

I do agree with Zuckerberg when he says that social media has reached an inflection point where questions about its longevity can safely be put to bed. It’s another method of communication that’s here to stay in some form. Just don’t assume, as he implies, that Facebook is the only social media game in town. Diversify, export, and keep your options open.