9 Tips to make the most of INBOUND15 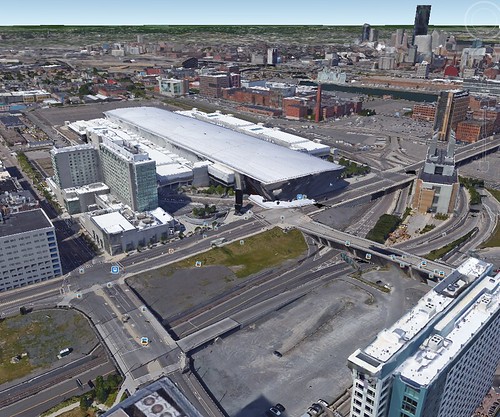 For many digital marketers, this is the week they come to Boston to be a part of INBOUND15, Hubspot’s annual user conference. This year promises to be bigger in every way, so here are some basic survival tips for the show and Boston in general.

First and foremost: do not attempt, for any reason, to drive in Boston. The roads near the BCEC are a confusing mess normally. Boston is served by both Uber and Lyft (Lyft tends to be cheaper) so make liberal use of them. We also have the nation’s oldest public transit system, and its antiquated nature and frequent delays live up to this reputation.

Second: The BCEC is big. By big, I mean aircraft carrier big. It’s 2.1 million square feet, or roughly the same amount of square footage as the Empire State Building in New York City. It’s .22 miles long, whereas the USS Nimitz is .2 miles long. To walk around the BCEC once is approximately 3/4 of a mile. It’s also dry as a bone inside, which means dehydration. Comfortable walking shoes and a water bottle are an absolute must.

Third: Pro conference networking tip. Launch the Twitter app on your smartphone. Search the conference hashtag, #INBOUND15. See all those people using the hashtag? Follow them. Follow all of them. It’ll keep your thumb busy for an hour or two, but it will help set you up for success at the event. Yes, you’ll gain a few Twitter followers, but more important, you’ll be able to create opportunities to connect with people once you’re at the event.

Fourth: Avoid taking notes about what’s on slides. The slides are in all likelihood going to be posted online. Instead, take notes on the things you think of while you’re watching speakers present. You’ll have ideas going off in your head left and right, but if all your bandwidth is taken up trying to be a court stenographer, you’ll come away with mediocre notes and no good ideas.

Five: Don’t wear a NY Yankees shirt while in Boston. More of a public safety tip than a conference tip, but just fair warning. Conversely, wearing Boston Red Sox or New England Patriots gear slightly improves the likelihood that your bartender will give you a decent pour.

Six: Arrive with a burning question. If you want to make INBOUND15 as fruitful as possible, come with a question you MUST get the answer to, and ask it of as many people as you reasonably can to get multiple perspectives. Avoid coming to the event with only vague ideas of what you might want to accomplish.

Seven: If there’s a speaker you want to talk to, reach out to them BEFORE they speak. When a speaker gets offstage, they’re usually swamped by people asking for business cards, have one more question, etc. and the likelihood that you’ll get to ask your burning question is pretty slim. Reach out in advance, even day of, offer to buy them a drink, and let them know what your burning question is. Some speakers (myself included) even arrive in their session rooms early and then stand around for 15-20 minutes while AV gets set up – a great time to ask a burning question!

Eight: Be good to yourself. If your goal at INBOUND15 is to walk away with as much actionable knowledge as possible, you’ll need to eat right, get more sleep than you usually do, and party in moderation (if at all). Your brain cells need to be firing on all cylinders, so eating junk, drinking enough coffee to burn a second hole in your stomach lining, and being so drunk that you can’t remember your own name are all going to dampen your nerd skills. Treat your body and brain right.

Nine: The good stuff still happens in the halls. Sessions are important, unquestionably. However, the best conversations, the best trading of tips and tricks – all that happens in the halls, between sessions, and in casual moments. Understanding that many folks are introverts, still attempt to join conversations. Sit down at crowded tables during meals. Be the first to ask simple questions like, “how was your last session?” and gather as much knowledge as you can.

Good luck at INBOUND15! (and catch my session on Wednesday at 1:30 on measuring PR)