As part of the daily curation I do with #the5, I get a chance from time to time to aggregate all the news I collect to look for trends. In the second of our 5 part series, we’re going to examine some current trends in digital marketing and what they mean for you. Today, we’re looking at…

Here are a few of the choice headlines in the last 7 months worth reflecting on:

What we see here is nothing less than major social media channels attempting to become broadcast media. Users of these services now get their news from them. Social channels are the places that artists debut albums, TV shows premiere pilots and teasers, and advertisers spend like drunken sailors on shore leave. 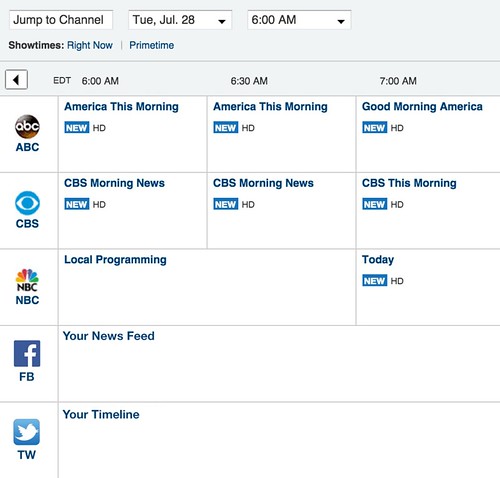 Admit it, this reflects your viewing habits already.

What does this trend mean? Broadcast Social Media largely abandons the pretense of community in social media as part of main news feeds and timelines. Twitter looks more like a news ticker than it does a conversation. Pinterest and Instagram carousel ads look like catalog displays instead of conversations. Facebook’s eponymous News Feed is, well, a news feed.

There are certainly still plenty of places where community gathers; Facebook private groups, Linkedin Groups, etc. We haven’t lost those communities yet. But the main thrust of Broadcast Social is to behave like broadcast media.

How To Make Use of This Trend

Finally, the change of social media to Broadcast Social changes how you measure social media. You can’t measure with one set of metrics any longer. By becoming a broadcast channel, Broadcast Social now has to be measured like other forms of broadcast media such as TV, radio, and print. It’s not inconceivable that we begin to measure Broadcast Social with something like digital GRPs (gross ratings points, how TV and radio are measured).

Stay tuned for the next trend in this series!