How do you know whether your content game is getting better or worse? It’s easy to rely on stock analytics tools, and for the beginning content marketer, tools such as Google Analytics are more than enough. For the veteran marketer who is creating content, how can we know with greater precision whether our content is getting better or worse? How can we more quickly diagnose the bad, double down on the good, and make our program sing?

Today begins the start of a new series on an advanced measurement technique that will help you to understand your content marketing efforts better. To embark on this journey, you’ll need up to a year’s worth of data (at least 90 days), a spreadsheet, and an understanding of how to use your spreadsheet’s quartile and box/whisker tools.

What we’re going to do is break any given content marketing metric into four buckets, into quartiles. The lowest quartile bucket will be the really underperforming content. The middle two quartile buckets will be the average content. The upper quartile bucket will be the outperforming content, the good stuff. By segmenting our content into four buckets of bad, average, and good, we can better understand how good the good is and how bad the bad is. What we’ll be computing is called the interquartile range (IQR), the difference between the good stuff and the bad stuff.

Start by downloading and formatting your data so it’s in an orderly series, chronologically ordered. Here, I’ll use social sharing of posts from a Facebook Page, but you can use any sequential data: Google Analytics, Twitter, CRM, etc. 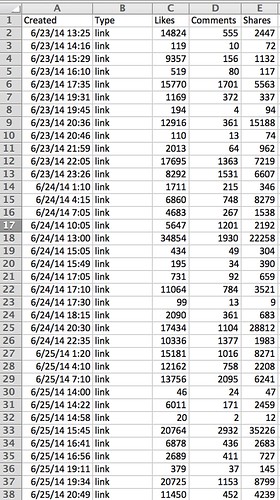 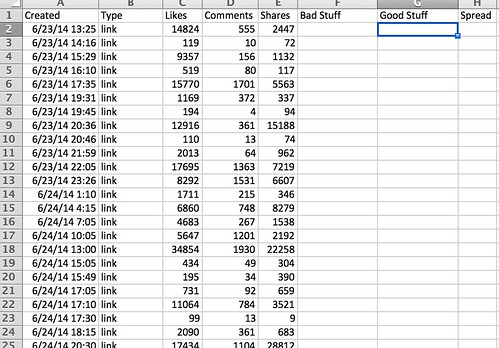 Next, in the 31st row in the bad stuff column, insert the following formula:

This formula says to give the value, the boundary of the first quartile, which 25% of the cells in column E can be found; put another way, only 25% of the values in column E will be below the number that appears in the bad stuff cell. This is our bad stuff number, the number at which a quarter of posts fall below. These are posts that were shared less than the other 75% of posts.

In the 31st row in the good stuff column, insert the following formula:

This formula is the good stuff. 75% of content falls below this number, so it’s a good way to measure how much content forms the majority of your average to poor content. Anything above this number is going to be great content.

This number is the interquartile range.

Drag all three columns down to the end of your data set (or double click on the little lower right hand blue square to auto-fill the columns): 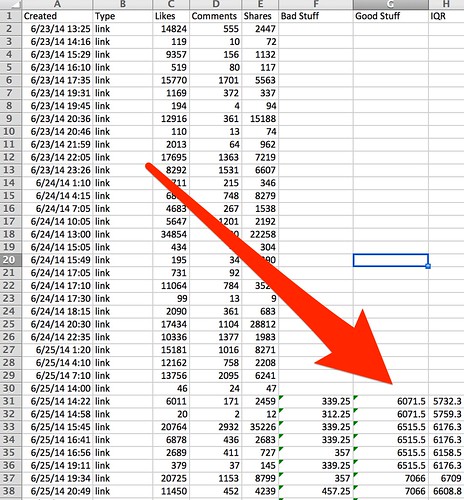 You’ve now got the data all set up. In the next post in this series, we’ll start digging into how to interpret it and turn it from data into analysis. Stay tuned!