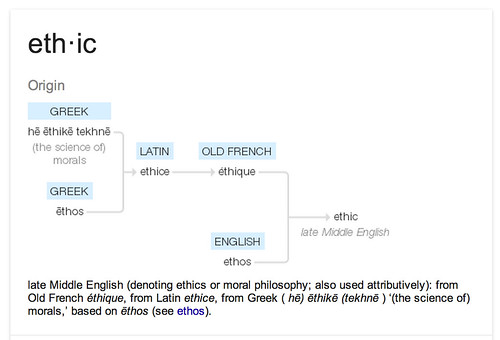 Much ink has rightly been spilled about the revelation that Facebook wanted to judge whether emotional states were affected and contagious in their most recent research on 600,000+ people. You can read more of the details here.

On social media, reactions have been mixed, from people calling it an outrage to people saying, “What’s the big deal, it’s just A/B testing, get over it”. This latter point is one worth digging into. A/B testing normally is used to optimize conversions and provide a way of understanding how your content performs. What’s different about what Facebook was doing deals more with professional ethics in research. As both Tom Webster and I have pointed out, many organizations in the research space have codes of ethics that give researchers guidelines about what they should and should not do. Here’s one from AAPOR, the American Association of Public Opinion Researchers, from section I A:

1. We shall avoid practices or methods that may harm, endanger, humiliate, or seriously mislead survey respondents or prospective respondents.

2. We shall respect respondents’ desires, when expressed, not to answer specific survey questions or provide other information to the researcher. We shall be responsive to their questions about how their contact information was secured.

3. Participation in surveys and other forms of public opinion research is voluntary, except for the decennial census and a few other government surveys as specified by law. We shall provide all persons selected for inclusion with a description of the research study sufficient to permit them to make an informed and free decision about their participation. We shall make no false or misleading claims as to a study’s sponsorship or purpose, and we shall provide truthful answers to direct questions about the research. If disclosure could substantially bias responses or endanger interviewers, it is sufficient to indicate that some information cannot be revealed or will not be revealed until the study is concluded.

Where Facebook fell down is on points 1 and 3. On point 3, yes, the Terms of Service permit them to legally do anything they want to their data and their users, but there’s a difference between implied consent buried in the Terms of Service and informed participation in a research study. All Facebook had to do would have been to put up a little header at the top of the News Feed to say, “Facebook would like you to participate in an emotional research study (click here for details), are you willing to participate? If so, click the Like button on this banner.”

The biggest part where Facebook fell down was on point 1. The difference between A/B testing the conversion rate of your website and intentionally altering peoples’ emotions positively or negatively is the impact of the potential outcome. If I succeed in manipulating your behavior to get you to buy X% more stuff, there’s moderate to low risk of me causing serious permanent harm to your life beyond financial impact. If I succeed in manipulating your emotions to make you sad and depressed, there’s a certain percentage of people – small, but non-zero – who will amplify that to the extreme of harming themselves or others.

That’s the difference between regular A/B testing and what Facebook’s experiment did wrong. I would wager a class action lawsuit will be on its way in no short order, and it’s deserved for an ethics violation that has had realistic potential to cause serious harm to participants of the study.