Is your marketing crossing all channels?

Over the weekend at WordCamp Boston, I had the opportunity to chat with and speak in front of many fellow content creators. One of the things that struck me most was how confined our promotional efforts are. SEO is treated as its own space, which people think about without considering social media. Social media is its own space, with no consideration given to advertising.

The reality is that all of the different ways of marketing anything – your blog, your products, your services – work together. They create a sort of marketing synergy that is greater than the sum of each individual channel. Nowhere is this more obvious than in the digital marketing space. Let’s say you’ve just written up a powerful blog post that you’re sure is the next great thought leadership piece. How do you promote it? Most people publish it, hope it gets indexed by Google, and maybe toss out a Tweet or a G+ update, then call it a day.

This is a mistake.

Why? Because not everyone receives your content in the same way. One commenter this weekend said they never read blogs but live in their inbox. Another person said they only see stuff on Twitter; everything else is information overload. A third person said they only read in Google Reader and nowhere else. If you’re just tossing things out without promoting across a variety of channels, I guarantee that you’re missing audience. 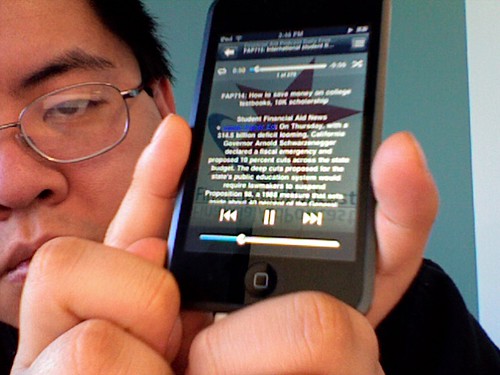 For example, a few years back, I had a daily podcast. It was doing fairly well, but then I added an RSS to email option and let people subscribe to it by email. Instantly, I had 20% more audience – that’s how many people found their way to my show but didn’t know how to use the existing RSS-based subscription methods. They knew email, though, and subscribed that way.

What’s powerful about this simple example is that not a single visitor ever asked for the option to subscribe by email. I was silently missing 20% of my audience every single day, assuming that I had captured the bulk of people who wanted the show, when in fact a fifth of the audience I wanted simply wasn’t subscribing. I never knew it until I offered an additional channel.

The lesson here is simple (if not easy): create as many channels as you can reasonably and practically sustain, in order to give people the option to get your stuff by the method they prefer best.

Are you crossing all the channels you have access to?