This post originally appeared in November, 2010 and was updated in September, 2013. 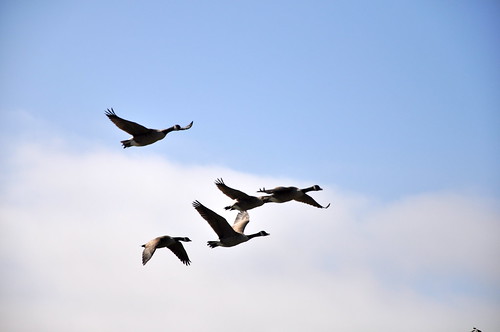 Consider this simple number. As of this revision in 2013, I have about 69,000 followers on Twitter. You may express some sense of wonder at an audience of that size, but now consider this: Twitter has over 512 million registered users, 200 million of which are active. The people who choose to follow me represent 0.013% of Twitter. In the grand scheme of things, that’s completely insignificant, and I’m okay with that.

Now consider this: the top followed celebrity on Twitter, the person with the greatest audience is Justin Bieber, with 44 million followers. Think about that. Bieber, for all of his fame, merits only 8.6% of Twitter’s registered users as a following. That means 91.4% of Twitter doesn’t care about what he has to say enough to follow him. Twitter’s top performer by the numbers is rejected 91.4% of the time. If your success in your regular employment met with a 91.4% failure rate, how quickly do you think you’d get fired?

So what matters, if raw numbers of followers aren’t a clear indicator of success? Findability. You see, everyone has a viewpoint, a worldview, a way of communicating that will appeal to some small portion of the human race as a whole. Everyone has an audience willing to listen, but virtually all of the time, our ability to find and be found by that audience is non-existent. If there’s a secret sauce of social media, it’s the ability to find and be found by the people who want to find you but don’t know you exist. You don’t need to have all of Twitter follow you. You just need the people who want to do business with you in some way follow you.

Do you want to grow your audience on Twitter quickly and effectively? Do you want that audience to be people to whom you are perceived as influential? Here’s one recipe to find them.

1. Tweet stuff of value that’s worth sharing. All of this will be useless if you’re posting garbage. Sorry, but true. There is no substitute, no shortcut for sharing quality. Don’t know what to share? Go to Google+ and look at the Explore page. You’ll find something worth sharing.

3. Keep proving value by doing step 1 over and over again. You cannot skip by these steps or the rest of this recipe will not work for you.

4. After about 30 days of seeding your audience and sharing good stuff, go to TweetReach.com and type in your Twitter handle, then authorize a report for free. If you have access to other social CRM tools like Radian6, JitterJam, etc., feel free to use them for this step instead. Those paid tools will do this step much more effectively, but TweetReach will get you started for free.

8. After you get through the list from steps 5 and 6, wait a couple of weeks while repeating step 1. Once you’ve had a few weeks to get in front of the new friends you’ve probably picked up and proven your value to them, repeat this exercise to see who is new in your audience that’s retweeting you. Begin the exercise over again.

Be findable by the audience you want by tweeting stuff that you consider to be of value. If others agree, they’ll become a part of your audience. Find more people who may think you offer something of value based on who is retweeting you already.