Twitter made waves again recently with its launch of Dashboard, the latest app to join its already confusing app family. The intent of Dashboard and Engage appears to be to narrow down Twitter’s feature set for specific kinds of users. This is built on the premise that the platform overall is perceived as too difficult to use compared to Facebook. 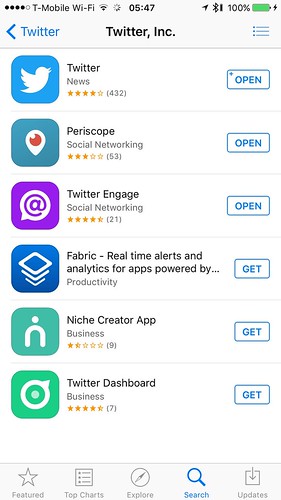 plus Tweetdeck on the desktop.

How do we make sense of this? By intent. Here’s how we should be deploying these apps.

Fabric is a mobile app analytics platform. Use it with your app developers in the same way you use the Google Analytics Mobile SDK. Business users can give it a pass; developers should be deploying it as part of a standard operating procedure.

Dashboard is aimed at the small business owner, but it’s useful for any social media manager for a very top-level view of the brand’s Twitter account. 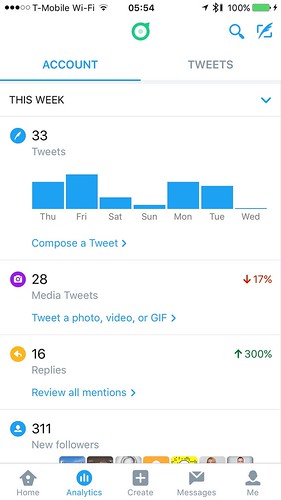 Throughout Dashboard are subtle hints to engage more, which are good for the business manager who doesn’t have a social media team. It’s bad if you do have a team, because spontaneous activity could disrupt an existing content calendar.

Engage was built initially for “celebrities” and other prominent personalities, but its feature set is ideal for business executives and thought leaders, especially those who aren’t as familiar with Twitter. 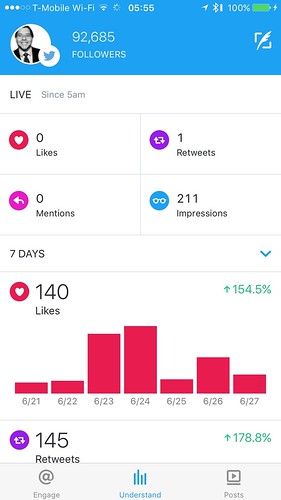 Engage shows what’s happening in real-time, which is nice if an executive wants to see how their actions generate engagement from their audience.

The core Twitter app and its video companion, Periscope, are for us marketers. We’re familiar with them. We know them. We know what we’re doing with them (mostly). While business users and executives could get great benefit from Periscope, it’s not the first app I’d put on an executive’s phone, not without coaching and training.

Ignore Niche; apparently it was a failed attempt at a consolidated social dashboard that never went anywhere.

While Periscope may need coaching, the omission of live video in Twitter’s app ecosystem is a glaring one. Video is top of mind for everyone today. Facebook integrates video into each of its apps, so that embarrassing yourself live is always just a touch away.

Twitter should have done the same, if it wanted to keep parity in the video arms race.

Why did Twitter make such a mess of its app ecosystem? It actually makes a great deal of sense. They’ve essentially repackaged their core features for different kinds of users, which is better than trying to make one app be all things to all people. Executives and celebrities need different emphasis than business owners. Business owners don’t necessarily want or need the entire timeline first and foremost.

Attempting to re-imagine the core app to do everything and be what everyone wants would likely result in people disengaging even further.

For us marketers, our role in our organizations is to help match the right app to the right person. Knowing the ecosystem as we do, we select who needs what, providing them with the optimal experience on Twitter.