Once upon a time, when I worked in financial services, I checked charts and quotes daily. I watched the world’s markets like a hawk, because macroeconomic issues that could impact my work often had leading indicators days, weeks, or months in advance.

Even today, I still check in, though not nearly as frequently because my day to day work doesn’t depend on it. It’s still important to have a general sense of what’s going on in the marketplace – and even better if you know why.

Let’s see where things are, now that we’re at the end of the third quarter of the year. The economic indicators I pay attention to are listed out here.

So how are things? First, let’s look at the broad exchanges, the DJIA…

Broadly, the markets had mostly a good year until recently, with the dislocations in China spreading. If you’ve got overseas exposure to China, you’ll continue to feel it.

We see this in the CBOE VIX: 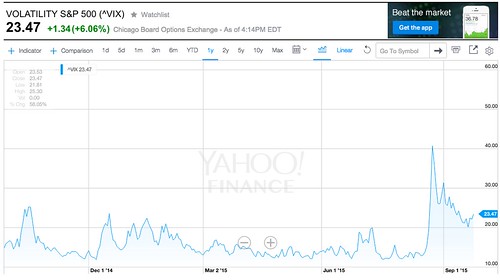 Any time the VIX goes above 30, it means that confidence is uncertain, things are less stable than markets would like. For the majority of this year, things were predictable. The China shock is what caused the large spike in September. The VIX is what you keep your eye on if you want to gauge market sentiment.

On the lending front, interbank rates are still quite low thanks to the Federal Reserve keeping effective interest rates at zero. We see the 30 day chart: 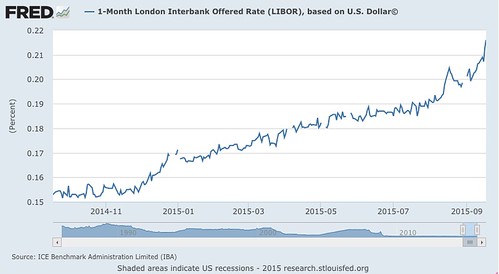 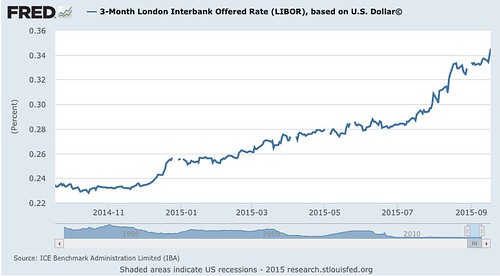 We see that these two lending rates are marching in virtually lockstep pacing, and the spread between them is healthy. While there may be unease in the stock markets, the impact to banking and lending has been a flight to quality. It also hasn’t impacted mortgage rates domestically: 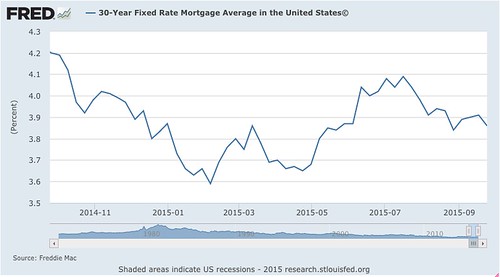 Overseas, no surprises here as emerging markets have taken some punishment: 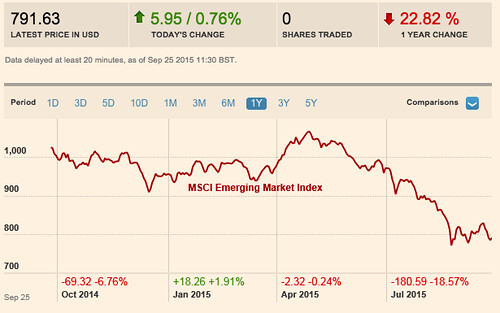 Again, if you have overseas exposure in your business, in your marketing, you’ll want to carefully watch indices like the MSCI Emerging Market index to see how exposed you are. Weakness in the market tends to spread to B2C in a quarter and B2B in two quarters, historically.

We haven’t seen the China shock show up yet in shipping: 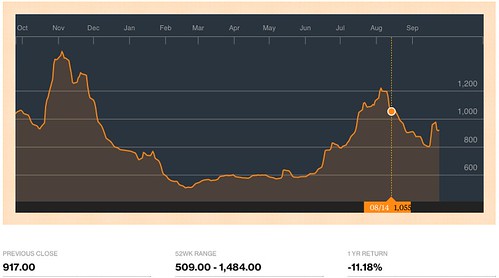 As you may recall, BDI, the Baltic Dry Index, is the price to ship a container overseas. It’s expensive to do so; companies don’t speculatively purchase space.

We also haven’t seen China show up in gold prices, which typically spike vigorously when investors are truly spooked: 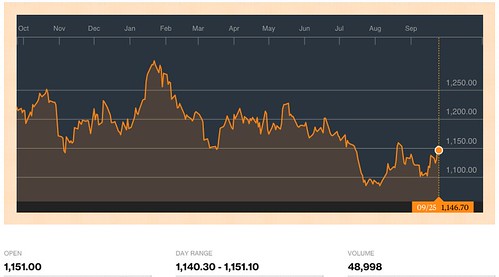 Instead, gold is still relatively cheap at the moment, less than half of what it was during the Great Recession. 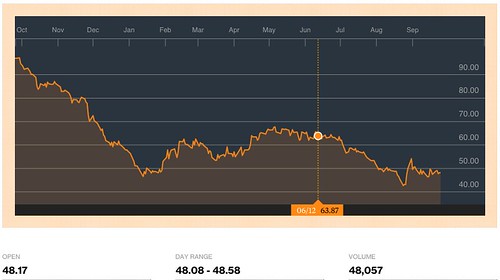 The reasons why oil is cheap are varied and complex. Some believe that Saudi Arabia is flooding the market to deprive the Islamic State of needed revenue (which comes from oil fields they hold). Some believe that it’s an indirect economic sanction on Russia. Some believe that renewable energy is finally beginning to make a dent in carbon fuel usage. Whatever the reason is, the net effect is cheaper gas at the pump and lower heating costs. If you’re a B2C marketer, this is welcome news because the consumer should have more disposable income not being consumed by energy.

Finally, in looking at corn, wheat, and rice commodities, only the latter is under some pressure: 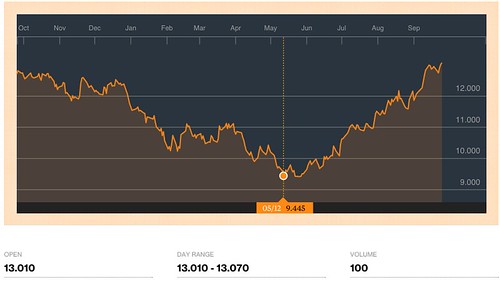 Which should be no surprise – when one of the largest economies (China) is feeling disruption, its principal commodity should show that as well.

What does it all mean?

So what does all of this mean for us, as marketers and business people? Right now the world is in fairly unsteady shape, except for America. Between conflicts and refugee crises in Europe and Asian contagion, the flight to quality is coming to America – and that isn’t a good thing in the long term.

In the short term, marketers will find more dollars in America, but no country is an island. In rougher times in other markets, use the opportunity to build and grow your audiences. Ad dollars will stretch further and you may be able to negotiate better deals outside America, especially if your business is being bolstered by American profits. Strategically, make the money in America and invest it in weak markets to seize marketing advantage while you can.

Take advantage of relatively good conditions for the American consumer, with lower energy and food prices. The upcoming holiday season has the potential to be a good one. Consumers tend to spend what they have without a ton of foresight or planning, so if they have more money in their pockets on the days they go to the mall, they’ll spend more of it. Leverage hyperlocal advertising in real-time to make the most of this trend!