Avoiding being blindsided in marketing

When it comes to things that are going to impede your ability to be an effective marketer, there are three broad categories, made most famous by Former Secretary of Defense Donald Rumsfeld (hat tip to Tom Webster for continued reminders of the quote): 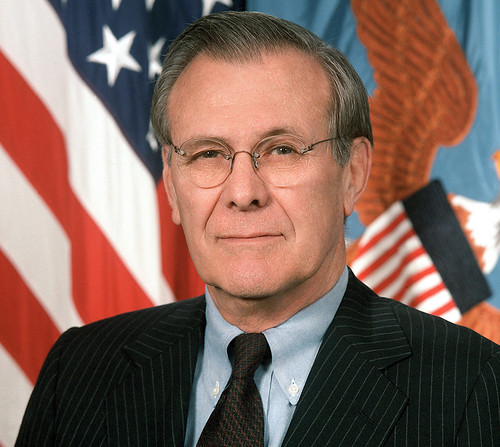 “Reports that say that something hasn’t happened are always interesting to me, because as we know, there are known knowns; there are things we know we know.

Despite winning the dubious Foot in Mouth award from the Plain English Campaign, Rumsfeld’s quote is actually useful, particularly for marketers who are worried about the future.

You know what you know. You know the things that are going to affect your marketing, such as Google SEO algorithms, email open rates, etc.

It’s the last category of things you don’t know and aren’t aware of that are the problem, because this creates a massive blind spot. Think about something as primal as the martial arts. If you step into a boxing ring, you know what you know, your skills. You know what you don’t know, which is what the opponent is going to do, but you have ways of handling that. Finally, there isn’t a whole lot that you don’t know and you aren’t aware of. It’s unlikely that there will be a sniper in the stands or that the opponent has secretly put lead shot in his gloves. Thus, you have an environment which is predictable. On the other hand, if those other things could happen, and you didn’t know that the rules had changed, you’d have a very short boxing match.

For me, that begins with having a strong social network that is highly diverse. People from all kinds of social and economic backgrounds, people all across the technological adoption curve are going to be the sources from which you’ll first catch wind of something new. Your network will naturally surface new trends if you listen carefully. If you don’t have that network, you won’t have the advanced notice you need to prevent being blindsided.