Are you proud to be an American?

Are you proud to be an American? Is America the kind of country that you think best represents you? Do you think other people in other parts of the world think, when confronted with a tough political, social, or economic problem, “What would the Americans do?” 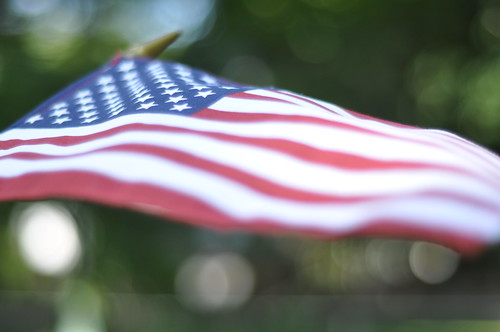 If there’s one commonality in today’s America that people of any belief or political faction have, it’s that they feel America’s going in the wrong direction. Conservatives think it’s becoming a craven, gluttonous paradise where anyone can marry anything and their religion is a persecuted minority. Liberals think it’s becoming a Taliban of its own and the rich get richer while everyone else is left in a gutter to rot. The average Joe knows for sure his wallet is getting lighter, the scale in the bathroom says he’s getting heavier, and political leadership seems more like Game of Thrones while the city around him seems like Breaking Bad.

There are two catchphrases from my friend and former boss, Allen Nance, that would greatly benefit America if we could all live up to them. Do what we say. Work as a team.

We know what our American ideals are. They’re fairly clearly printed in the various founding documents of the nation. Do we actually do what we say? Do we believe that all men are created equal, that we aim to provide for life, liberty, and the pursuit of happiness? If not, then that’s starting point #1. Our basic principles tell us that life, liberty, and the pursuit of happiness are for everyone, not just a privileged few or whoever’s in office right now. Our basic principles tell us that we are a nation of the people, by the people, and for the people – and if we’re not doing what we say, then we need to remove the people from office (of any party or political persuasion) who want things to be just for them and their friends and not everyone.

Do we work as a team? Do you help your neighbors, even if they are hipster liberals and you’re a button-down conservative? Do you wave and say hello to your neighbor in the hallway or on the street, even if you’re a devout Muslim and they’re a Baptist? Do you even know who your neighbors are? Work as a team means that whatever your differences, you put them aside and you work together for your common good. There are plenty of serious issues like poverty, crime, and blight that don’t need to have a political bend to them in order for you to find a common, apolitical solution. Conservatives and liberals don’t want to get mugged coming home from work. Christians, Jews, and Muslims all have charity written into the basic tenets of their respective religions. Blacks, whites, Latinos, and Asians all don’t want a crackhouse in the neighborhood. Find the common ground and work to improve it as a team, as a nation.

Do what we say. Work as a team. Those are tough things to accomplish, but if we do them as a nation, perhaps we’ll build a country everyone can be proud of again.