What Apple Watch and Apple Pay mean for marketers

As many others did, I observed with great interest the Apple keynote special event on 9/9 in which the new Apple Watch and Apple Pay were revealed. Both are nice consumer technologies; both will have plentiful opportunities for B2B and B2C marketers, but the underlying technology of both will have a more profound effect. 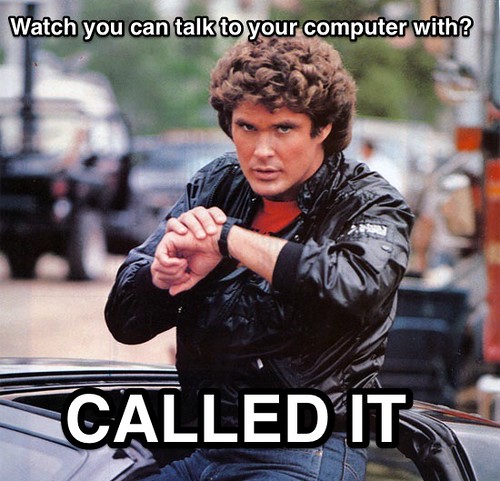 Let’s talk about Apple Watch first. Based on how it was demo’ed and what things it should theoretically be able to do, Apple Watch’s NFC and Bluetooth LE capabilities will mean Tap to X functionality across a wide variety of media. If you’ve ever used a Disney Magic Band while at Disney World, Apple brings that capability to the rest of the world. Expect companies like LinkedIn to take advantage of it for sharing contact information at a conference. In fact, woe to the conference or event planner that doesn’t offer that capability in its conference app.

Speaking of which, the Tap to X capability should certainly make conferences and events more interesting. Frankly, I’d love to see conference apps with session management that send the notifications to the watch.

The second thing is Apple Pay. NFC readers are nothing new; in fact, you probably see them every day and gloss over them because you don’t have the dedicated hardware necessary to use them. Gas stations have loyalty programs like Mobil Speedpay, which has an additional key fob. Disney World has them with Magic Bands, but again, those require separate hardware. By putting Apple Pay front and center and getting merchants and banks on board, NFC payments might become much more mainstream. Since it’s already a standard, this means that Android users will benefit as well.

Touch to pay via Apple Pay will change the SMB landscape, probably more than the general retail space, if consumers adopt it. The use of Secure ID with the fingerprint scanner may help provide some additional reassurance, but Apple will have to battle security perceptions (celebrity photo crime as the most recent example) to reassure customers that it’s actually secure, even if the two systems – iCloud and Secure ID – are not technologically related to each other.

Touch to pay systems could have one profound improvement for marketers. Depending on what is supported in transaction systems on the back end, it could mean much better real-world conversion tracking for digital campaigns. Merchants will receive the same data they do today, but because the device being used to make a payment is digital, there will be more opportunities to track a real-world clickstream from digital promotion to brick and mortar store to digital purchase.

What should you be doing about these things? As with any new technology, particularly ones that will be adopted by Apple customers (who are a fairly large herd), there will be lots of opportunities for “firsts” that can generate attention. Be on board with those, obviously – first X to deploy Apple Pay in an app, first X to have an Apple Watch app in your vertical. In the bigger picture, be looking at the many different ways you can incorporate NFC and Bluetooth LE technologies into your marketing and business processes. There’s a horde of new users headed into that space, and any invention you can come up with will be to your benefit.

Finally, get seriously good at understanding mobile app analytics and mobile web analytics. Apple Pay might open up a new frontier in our ability to understand purchase behavior and conversion tracking from online to offline. This is going to be a huge opportunity for the smart marketing technologists to provide immediate value to their companies. If you haven’t already started skilling up on mobile analytics, bump it up on your priority list of things to do ASAP.