There is something about inaugural conferences that is especially wonderful. Back in 2006, when Chris Brogan and I started PodCamp, the first event brought people from all over the world to learn more about the nascent field of podcasting. The best and the brightest showed up for that first PodCamp, from Steve Garfield to CC Chapman to Jeff Pulver… the list was endless, and many of the people at that first event have gone on to great things. Subsequent PodCamps had plenty of special memories and great friendships, but there was something extra in that first event.

The sign of an amazing conference, especially for a speaker, is one in which you get much more than you give. Lots of people will say that they picked up “a nugget or two”, but that rarely justifies the time, expense, and opportunity cost of going to an event. The best conferences are ones where you walk out with armfuls of new stuff to investigate, new things to study, new ideas to try out – and that was what MarTech was this week. To get just a hint of what was shared at the conference, take a read through my tweets from it. Oh, apologies if you got flooded by me this week – Twitter was my notepad for taking notes from the event.

If you’d like to get my slides and talk from the conference, it’s available here: 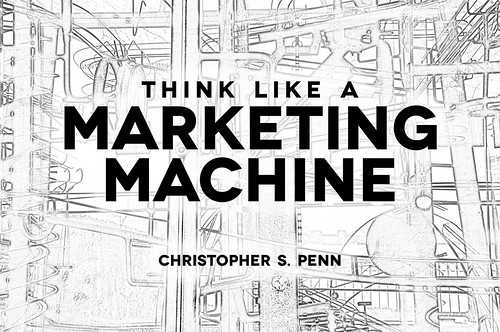 I look forward to hopefully being at the next MarTech conference, and I would encourage you to register and sign up for it as well, if you have any interest in marketing technology, if you want to know more about it or improve your own skills.

I would like to thank Scott Brinker and the team at Third Door Media for putting together such an incredible event and having me speak at it.