Where Marketing’s Next Best Ideas Will Come From

In just a few weeks, on October 16, I’ll be helping to kick off the first day of the FutureM Conference here in Boston. My session, ambitiously titled “Where Marketing’s Next Best Ideas Will Come From“, will be more of a workshop than just a straight-up slideshow. We’ll play a little World of Warcraft, we’ll talk some 16th century ninja martial arts, we’ll discuss some cooking, toss in a dash of Buddhist-inspired thinking, and look at how all of this blends together to make a potent creative stew.

To give you a taste of what the session will be about, take a moment to think about a favorite recipe that you prepare. It could be anything from a simple pasta and sauce dish to something as elaborate as Eggs Benedict with real, made from scratch Hollandaise sauce. Got the recipe in mind? 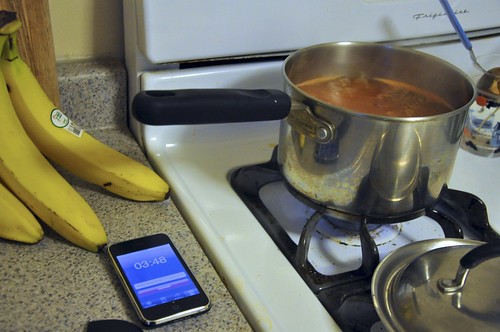 Make a list of the things that have gone wrong in the preparation of that recipe. Now start to group them together. Timing issues dominate cooking – waiting too long or not long enough. Order issues dominate cooking – doing things in the wrong order or trying to cut corners and blend steps together that must remain discrete. Got your “fails” all ordered and grouped up?

Which group of failures happens more often than not? How much would your cooking improve if you could solve for that particular failure category? Is there a gadget, perhaps, that could fix that class of failure? Is there a method or a technique that could fix or prevent that class of failure? Does it exist? If it doesn’t exist, how easy would it be to create something to fix that failure?

Fixing your greatest failures is one of the proven methods for innovation, whether it’s cooking or marketing. Find a failure that you see frequently and fix the root of it, fix it in such a way that it knocks out the biggest portion of mistakes you make. That innovation will in turn improve everything else you do, from scheduling social media postings to cooking breakfast to inventing the next big thing.

My session is not going to be me telling you what’s next. My session is going to try to help you discover your own next best ideas. I hope to see you there.

Disclosure: FutureM is a client of my employer, SHIFT Communications. I did not receive any direct compensation from FutureM for this post or the promotion around it, but obviously if SHIFT gets new business from people who attend my session, I receive an indirect financial benefit.