Previously, we discussed the idea that in the future, there would be more and more social networking occurring in private venues, unavailable to the general public. When you think about this, it makes total sense and looks a lot like media has looked for decades, if not centuries. There are vast public forums (appropriate since that’s Latin for public place of assembly) in which large, collective conversations can be held and myriad smaller private conversations held in homes, diners, and places of work. Where we might have once gathered at the town square or channel 2 on television, now we gather on Twitter, but then take the conversations back to our private networks, online and offline.

So how do you find those back rooms, those smoky bars, those diners those places where the people you need to reach go to share, discuss, learn, and relax? Again, like the real world, there are a few different ways in.

First and most crass, if you know where the conversations are, ask the administrators of those groups (assuming you can find them) if they accept advertising. That would at least get you some brand recognition, though it’s surface impressions at best. This is akin to buying advertising on television to be able to reach the living room, bar, and kitchen conversations. Does it work? About as well as any advertising works.

Second, you can attempt ambassadorship by courting one or more of the members of that group to punch your ticket, to endorse you. Identify members of the group that can get you in and introduced in exchange for something of value – this is the principle idea behind influencer outreach, and it’s leagues more effective than simply throwing ads around. The catch is that until you prove you have some value of your own, you’re reliant on your patron’s continued support.

Third and most difficult, but most rewarding and most sustainable, is to earn your way into a seat at the table yourself. In order to do this, you need to create outstanding value for members of that group to see, share, and ultimately ask you to be a part of their conversations. 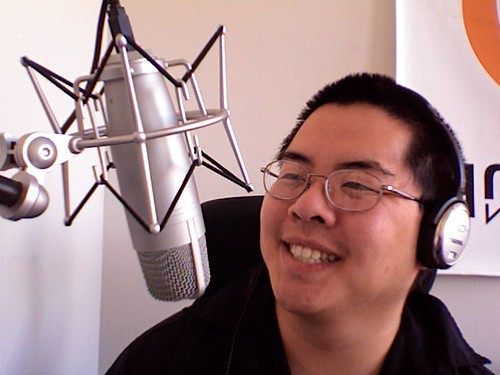 Here’s an example. Back in 2005, I was working in the financial services industry at a student loan company. One of our target audiences was the financial aid administrator community, a closely-knit group of educational professionals that had the power to approve or deny students’ use of our products and services. We tried the standard routes of getting in the door but ultimately met with little success, as our competitors had far more money and people to throw at the problem than we did. Advertising wasn’t a viable option and administrators, already overwhelmed by multiple vendors, were not interested in blindly endorsing yet another.

We had to go the third route. I ended up creating a financial aid podcast, which was a novel way to reach students, and instead of it being packed just with ads, it also shared information on scholarships, personal finance, and free stuff so that it gave more value than it took. By creating that plus dozens of resources like free eBooks about scholarships, it earned the attention and respect of the financial aid administrators we were trying to reach. In just a couple of years, we went from just a small-time vendor trying to get in the door to being featured speakers at state and national conferences and at one point were even advising the national organization about digital marketing to students.

The best plans are the ones that can leverage all three approaches. Lay some groundwork name recognition with quality ads, create something of legitimate value, and approach members of the community with your offerings. That’s the most rapid route to success. If you are resource-constrained, however, creating something of value is the most sustainable option and the one I’d advise you to choose.