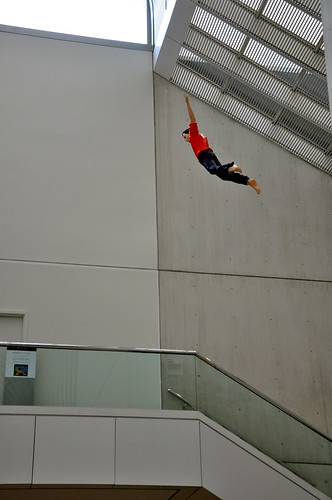 The final part of our series looks at what happens when a customer becomes an evangelist. For those unfamiliar with the term in context, evangelists are your unpaid marketing force, customers so delighted that they can’t stop talking about you and recommending you to their colleagues, friends, and family.

Customers who become evangelists are fueled by not only their love for the products or services that you deliver, but their faith in the implicit promise you make that things will keep getting better as time goes on. That’s a faith that you must constantly renew and constantly bolster. There are plenty of companies that have done something excellent once, but otherwise provided mediocrity; those companies may have satisfied customers, but certainly not loyal evangelists.

When someone becomes an evangelist, they take a leap of faith and begin to share their reputation with you. Consider for a moment how powerful that is. Someone else is granting you a portion of the trust relationships they have with their friends and colleagues. They’re putting their own name on the line in some way, small or large, by endorsing you and saying, “Buy this company’s product or service. I love them and trust them.”

If you’ve ever participating in any kind of team building retreat, there’s an exercise known as a trust fall, where you stand on the edge of a desk/table/tree stump, etc., fold your arms across your chest, and fall backwards. Your teammates link arms behind you and catch you. The implicit message is that you have to have faith and trust that your team will safely catch you and not let you simply fall and crash into the ground. That’s what your customers do every time they recommend you. They take the leap of faith that you will not damage the trust they’ve put in you and let down their friend or colleague. If you do let them fall, it takes a very, very long time for someone to regain their trust in you.

The benefits, however, of rewarding someone’s faith in you are gigantic. Here’s an example. Once upon a time there was a scrappy little company that made a pretty awesome line of products. At a certain point in their history, they broke their faith with their customers and stopped making things better. Certainly, they still made things, but things stopped getting better, and stayed that way for a long time, culminating in the company’s stock price falling to record lows in 1997.

It took a long time for them to realize that things were really bad, but they eventually did and found their way again, making products that were consistently getting better and better over time. They delivered on the promise again, from consolidating the product line to simply making a better set of products, their evangelists slowly came back, people took more and bigger leaps of faith and were rewarded, and the company’s financial success reflects that.

Today, the company has more evangelists than ever. It has more supporters than ever. It also has more amazing products than ever. Certainly, they power their efforts with massive marketing dollars, but so does every other competitor in their space, and their competitors don’t enjoy the same success because their competitors don’t keep their promises nearly as well. The company, of course, is Apple, Inc., and few companies have the legions of evangelists that they do, so much so that people willingly pay large amounts of money and time to attend company keynotes, which are in effect two hour commercials for their products.

When was the last time your customers showed up at your office in person, excited and eager to listen to you for two hours as you told them about your new products? That’s the gold standard by which you should measure your ability to create evangelists. Forget followers and retweets – when customers show up at your door for a two hour commercial, you know you’re doing it right.