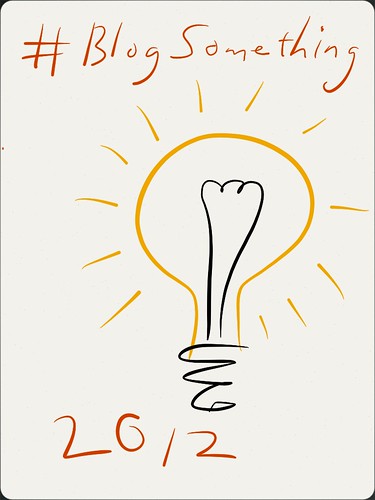 The experiment that was #BlogSomething2012 has come to a conclusion. A week of blog posts of all sorts has ended. Let’s see what we learned.

1. Choose your imagery wisely. Some days, the content of the photo was easy to relate to the story. Some days, it was particularly difficult, such as the statue of the Puritan.

2. Participation scales with commitment. Despite a ton of retweets and comments on Facebook before the experiment began, in the end, only a few people took on the challenge and actually participated.

3. Confinement breeds creativity. The act of forcing pre-set topics and content had an interesting effect on my blogging habits: I came up with more ideas and topics I wanted to blog about last week than normal, each time reminded that I had to defer them until the week was over. Luckily things like Evernote can store them until later, but setting up a challenge for yourself like this may get your brain generating new ideas just to be contrary. This, by the way, comes from a martial arts exercise I learned from Bud Malmstrom way back when.

4. The one thing I would have done differently would have been to create a feedback mechanism for participants. Certainly, the hashtag helped some, but I think a dedicated Facebook group or page or some other collective mechanism might have been a helpful thing to have had.

To read all the posts in the series, check out the social media search for #BlogSomething2012 hashtag.

What did you think of #BlogSomething2012?