What Noblegarden can teach us about opportunity

This week in World of Warcraft, it’s the Easter-like holiday known as Noblegarden, where Azeroth celebrates fertility and the coming of the spring harvest. As part of the week-long holiday, Brightly Colored Eggs are scattered around a variety of villages. You compete with other players to find and collect as many eggs as possible. Here, for example, is the village of Dolanaar, with arrows highlighting all of the competing players: 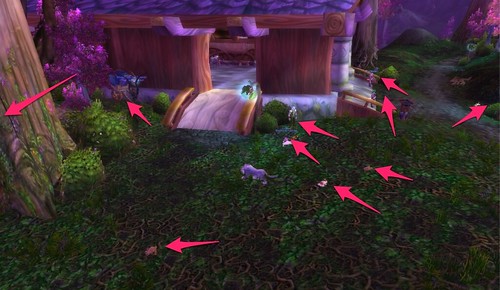 Bear in mind, Dolanaar is normally a completely abandoned town. That it has this many people competing for eggs is downright crazy. This is roughly akin to having the city of Los Angeles all show up in your backyard for your family egg hunt.

This is Dolanaar by Thursday during the week of Noblegarden: 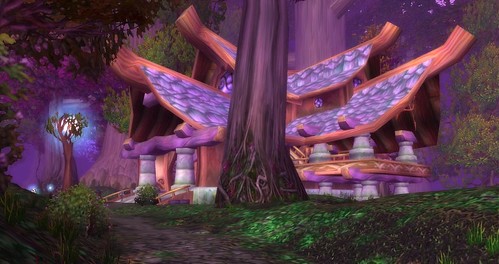 Crickets. If you wanted to do the holiday and collect the maximum number of eggs with a minimum of competition, the latter half of the week (when the excitement has clearly worn off) is when you should be doing it.

There are periods of time when everyone’s attention is in one spot, when there’s a perception of urgency that may be false. Certainly, if Noblegarden was only a day long, then you’d want to get out there and compete while the opportunity lasted, vicious though it might be. But when the opportunity is a week long and everyone’s forgotten about it and gotten back to business halfway through it, then the best strategy for maximum productivity is to bide your time, push away that false sense of urgency, and do what’s most productive while you wait for everyone else to leave.

It’s not easy at all. You feel like you’re missing out on something. You don’t feel like you’re part of the crowd. You feel strange, out of sync, and a bit like the kid who didn’t get invited to the party. But if you can subjugate those feelings, you can accomplish much more than the feeding frenzy mentality folks do, with far less stress and frustration.

Obviously in real life, you don’t necessarily have a set, known schedule of when an opportunity begins and ends like Noblegarden, but the ability to take a step back and ask, “Is this the most productive use of my time and the available opportunity?” is still the most vital question you need to ask.