Throw away your assumptions to improve your marketing 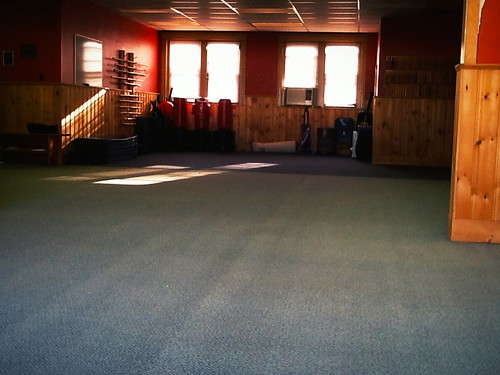 Last night at the Boston Martial Arts dojo, I was discussing an interesting aspect of training as I watched the students in the green belt class working on their ground-hitting skills. One of the greatest traps we fall into as both martial artists and marketers is the belief that we need something new. A new technique, a new tool, a new system, a new shiny object – we like new, and we seek it out. The trap for martial artists and marketers is that if we’re always seeking new, we never take the time to get really good at what we already have.

The reality is that we already have more than enough tools with which to do our jobs, whether it’s winning a confrontation by getting home safe and healthy or making a marketing campaign stand out. If you can do the basics really well, you’ve got about 90% of what you need to be successful. Can you avoid a punch, kick, or weapon, hit the ground safely, disrupt the rhythm of a fight, and deliver the fight back to the attacker? That’s more than enough. Do you have the ability to blog, to send email, and to use basic social media services like Facebook, Twitter, Google+, and LinkedIn? That’s plenty of tools to work with to be successful.

The secret, to the extent that there is one, isn’t the next new thing. The secret is to be more free with what you already have. You’ve got some preconceptions about how email works. You’ve got some preconceptions about how Twitter works, about how Facebook works, about what’s right and wrong, about what’s good or bad. You’ve read all the rules, best practices, tips, guides, and everything else, and you firmly know how to be a good marketing practitioner.

Throw it all out.

At a certain point, all your preconceptions are formed in your practice based on where you are at the time the preconceptions were formed. Even if you’ve done a reverse inward wrist lock a hundred times or more, your preconception about it being a difficult lock was formed based on struggling with it the first dozen or so times you encountered it. That perception holds you back from being more free with it, from being able to do it without hesitation and with great skill.

In marketing, things get even more difficult when it comes to your beliefs. For example, you may have a preconception about what successful Twitter marketing is all about. “Auto DMs are bad”. “Following back is good”. These preconceptions were formed when you started out and still guide how you use the service today. In addition to your own skills having improved in the time since you started out, the service itself and the people on it have changed. The environment on Twitter today is radically different than where it was in 2007, but if you’re still operating with rules that you made in your own head in 2007, then you’re out of sync with the here and now.

So where do you go from here? Start by testing and retesting all of your old assumptions and beliefs. Start by revisiting the things you think you know to be true and experimenting with them. Test, experiment, and challenge your preconceptions. If you’re hesitant about losing what you already have, start a second account from scratch and employ all the practices you’re afraid to try with your existing accounts. Send with a totally different email format that breaks the rules you think you know.

What you will find may surprise you. Some of your assumptions and preconceptions will turn out to still be valid. Some will be shattered. Many will change because the skill you have now as a practitioner is (or should be) much greater than when you were getting started out. By freeing yourself from beliefs that no longer apply to the current reality, you free yourself to improve on what you already have and clear the way for greater success.