The recent kerfuffle over Ragu’s latest campaign illustrates the power of a simple cliche in social media: listen. Rather than rehash the entire thing, I’ll point you to CC Chapman’s blog posts here, here, and here about it.

So how would you, if you were a brand manager evaluating a campaign or looking for an idea to give to your agency, avoid this sort of thing? Here’s a recipe for using this social stuff to your advantage, rather than burning bridges.

First, decide what you’re looking for. In this case, let’s say you’re a spaghetti sauce company that ultimately wants to increase sales. You’ve got this idea in your head that you want to highlight that your products make cooking dinner so easy, anyone can do it. Fair and good. Don’t throw it to your agency just yet. It’s time to do about 10-15 minutes of homework.

Next, look for common word and phrase frequencies. Free tools like Wordle and WriteWords can give you raw passes at the frequency of words and phrases. In this case we’re examining how many people are talking about making spaghetti sauce.

The third step is to choose a social construct to try out. There are literally hundreds to choose from in the field of behavioral science. In this case, let’s go with normative social influence, which is basic bandwagon theory. In normative social influence, we tend to conform to the norms of the people around us. The more we see a norm, the more we are likely to conform to it.

Let’s take a quick look now at a list of products available in the manufacturer’s spaghetti sauce line: 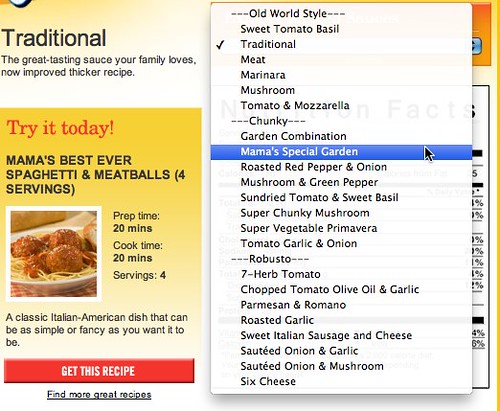 Do you see the opportunity here yet? There’s a large void between “make my own sauce from scratch” and “buy a jar of stuff”. The void is the same void that Betty Crocker and many others filled with cake mixes years ago: a make your own spaghetti sauce kit. Right now as a consumer your choices are to either buy a pile of raw materials or buy a finished product. There’s no middle ground. If you wanted to harvest the sentiment around homemade sauce, there’s an opportunity to engage the consumer in the actual process of making something while removing a lot of steps that tend to discourage cooks who lack confidence in themselves.

Suppose instead of bashing any one particular group for being inept in the kitchen, you gave them a gateway towards becoming a better cook (using your product, of course)? A homemade spaghetti sauce box set would fill that need precisely. What’s more, a quick glance around at the various competitors in the space reveals that this is a product that no one else has: 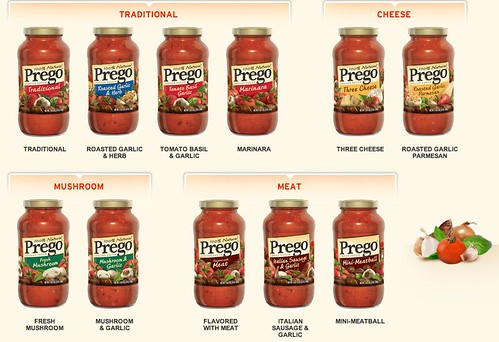 This all came from 10 minutes of listening, a little Google searching, and a basic understanding of one aspect of human nature. Where would you go from here? Start following everyone talking wistfully about their mother’s homemade spaghetti sauce that they can’t make, and put together a focus group to see if they’d find value and happiness in a product that served their emotional need to make something homemade while not requiring them to demonstrate culinary expertise. If it passed the focus group, roll it out as a product and see how it does.

I’d be willing to bet that there’s a very large untapped market of folks who want to make something that feels homemade but lacks the complexity of actually making it from raw materials. This is the power of social media; as Tom Webster says, it’s the world’s largest focus group.

Before you go roll out your latest campaign, product, or ad, take 10-15 minutes to listen, look to see if you’re on target, and whether there are additional, more lucrative opportunities to take advantage of. You’ll save yourself potentially a lot of reputation damage and you might just change your entire industry.

Oh, and if you’re looking for a spaghetti sauce recipe, here’s mine.