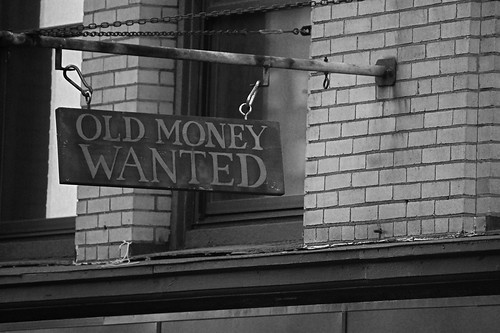 Are you good at putting together the pieces? There’s a lot going on in the world, and individual pieces may not seem like much, but put together they can create an attention-getting picture. Here are a few pieces you need to put together right now.

1. Europe’s financial system is crumbling. Specifically, the European Union’s interstate monetary system is on the verge of a meltdown the likes of which we have never seen before. Tune into any financial news network for the latest. I prefer Bloomberg, personally.

2. The United States economic recovery is slowing down because the Federal Reserve has stopped pumping trillions of dollars into the economy for free. (incidentally, this is a great article that explains what the banks did with the money)

3. Our biggest export markets include China and Europe. China has already put the brakes on its economy to stem inflation. That’s one of the many reasons why the “recovery” hasn’t really felt like one, and why so many of your friends and colleagues are still looking for work – without a healthy increase in exports, US companies aren’t selling as much, which means we aren’t making as much, which means we aren’t hiring as much.

4. The fractional reserve rate requirements in the US are about 1%; in Europe, about 2%.

The bad news is this: because the world’s economies are so interlinked, because our financial systems are so interdependent on each other, the house of economic cards is extremely vulnerable. Not only that, but between banks leveraging themselves out the wazoo and consumers not experiencing any meaningful wage growth (which means no increased consumer spending), all it takes for a massive financial crisis (bigger than 2008) is one solid system shock.

How solid a shock are we in for? We’ve never seen an entire continent unified under one monetary system like the EU, which means we’ve never seen a system failure of that magnitude in modern times. That appears to be in the cards in the next year or so, unless the EU volunteers to break itself apart, which seems fairly unlikely. How big does the shock need to be? Just enough to overwhelm the fractional reserve requirements.

What should you be doing personally? Whether you’re a citizen of the US, the Americas, the Eurozone, or anywhere else, realize that we are all (for good or ill) in this together, and when things go south with the European financial crisis, the shockwaves will be felt everywhere in the industrialized world.

I’d stay away from investments at this point for a variety of reasons, not the least of which is that high frequency trading makes the market exceptionally vulnerable to system shocks. Consult a financial planner who has their fingers on the pulse of the world economy to get an idea of how you should diversify.

Are you running a business? Get ready for a slowdown. Beef up your database, beef up your lead generation, go full tilt on customer retention and be as flexible as you can with payments because your customers will be suffering as well. Treating them as well as you can (while not endangering your own finances) during rough times will earn loyalty that’s unshakeable.

If you’re thinking of making a career change, don’t you dare leap before you have something lined up. A miserable job that pays the rent is preferable to no job at all, and with the world economy on the edge, a system shock will make everyone go into turtle mode; hiring for anything except essentials is likely to dry up.

Always, always, always be building up your network. Grow it as strong as you can, because it’s the only thing that will save you if things go really badly. Jeff Pulver is fond of saying that we live or die on our databases, and that may literally be true in a very bad case scenario. You owe it to yourself and anyone you have responsibility for to be building like crazy right now.

I’ll take this moment to practice what I preach. Get connected:

What if things don’t go as badly as the predictions seem? What if things turn around? All this preparatory work will leave you with…

So even if these dire predictions are 100% wrong, you’ll still benefit from most of them. The only place you might lose out on is opportunity cost for not investing in the stock market.

I am not optimistic at all right now about the second half of 2011 and first half of 2012. There are far too many indicators that suggest rough seas ahead. Batten down the hatches.