The nuances of strategy

One of the topics discussed at the recent MARCOM forum which there was great confusion about was the entire concept of marketing strategy. Marketers are genuinely confused at this point about strategy from a company perspective vs. strategy for specific marketing objectives. 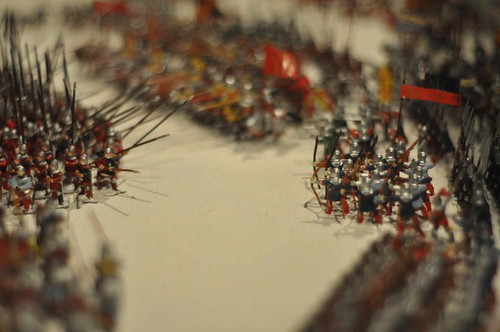 Are they the same? Yes and no. The reason there’s so much confusion is that strategy is layered. Let’s look at its origins. The entire concept of strategy in the sense we’re trying to use it comes from the art of war. There are two kinds of strategy in warfare: grand strategy and campaign strategy.

Campaign strategy is the “what” of any individual campaign. Seize Little Round Top. Kill Osama bin Laden. Capture Iwo Jima. Campaign strategy defines the goals and objectives of any one portion of your campaign, telling you what you need to win. In marketing terms, campaign strategy is the what of a defined marketing effort. You’ve got a new shirt coming to market. What is the sales goal, and what will marketing do to promote the shirt? What resources do you have available? What timeframe must you achieve victory by?

Hopefully, you now have a better idea of why strategy can seem so confusing at times. Separate out grand strategy, start with that, then work your way down until you’re defining tactics. Grand strategy is where you start.