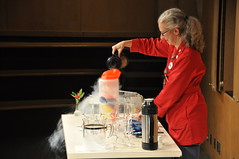 If there’s one piece of advice, one method of marketing that surpasses all others, it’s simply this: always be testing. One of the greatest mistakes a marketer can make is to assume that things stay the same. I’ve even heard executives of major corporations and agencies say, “We’ve tested enough, let’s just do this” or variations thereof. There is something to be said for just doing it, but it’s equally important to reject the false choice of test or ship. You can, and should, do both.

Why test? It seems like the ultimate rhetorical question, but it’s quite a serious one if you want to justify testing as an ongoing activity. There are two fundamental reasons to keep testing even after you’ve gotten statistically valid results: migration and fragmentation.

Migration is when your audience (remember that audience is at the top of your marketing funnel) moves from one place to another. This can happen over a long period of time (MySpace moves to Facebook) or a very short period of time (Q&A folks ditch everything else for Quora). Either way, if your market is moving (and it is, constantly), you will never know if you don’t test. What’s more, the speed of migrations is faster now than ever before because of the ease of moving from one platform to another.

Sometimes, however, you may be looking at more than a migration – you may be looking at a fragmentation, when your audience simply shatters into many pieces and there’s no clear move to an “heir”. MySpace ceded the game largely to Facebook, making it a migration. But when network television became cable television, there was no clear winner. All of ABC’s audience didn’t suddenly move to Home Shopping Network – that “Big 3” audience shattered into a thousand small audiences across many channels. The digital landscape is the same, constantly fragmenting and shattering.

Testing is one of the few ways you can determine a massive change in your audience. Only through testing different marketing methods, advertising, content, and tactics on a constant basis can you continue to adapt to what your audience is doing.

The greatest danger that testing overcomes isn’t just a fragmentation or migration, but a relatively slow one. You will notice and know when a rapid migration in your audience happens, or when a medium shatters overnight. You’ll see massive drops in your analytics and know something is up worth investigating. What kills most corporations, most dominant players, is a slow migration, a la MySpace or Altavista, where change happens just slowly enough that you never really pay attention to it until it’s too late. Only testing can help you detect those subtle, small changes that nibble away your audience a percentage point at a time.

What should you test? That’s a fairly easy question to answer. Look at the marketing plan mind map from the previous white belt lesson. Each branch is not only an area of focus, it’s also a question to be answered with testing. Who is your audience? Test. What methods should you be using? Test. Where should you be marketing? Test.

The ground underneath your current marketing can shift in a minute. Unless you are constantly testing that ground, it could very well vanish and you might not know until your profits vanish from a withered funnel. Always be testing!