It takes two to make a bully 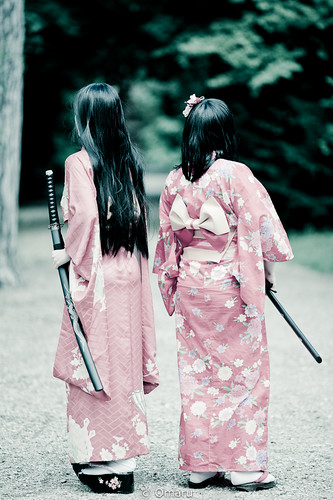 I was reading bedtime stories the other night and came across a gem by Richard Scarry in the 365 Bedtime Stories compendium, which I think is incredibly illustrative of the way we dealt with bullies in the past and the way we deal with them now.

In the short story The Rudiments, a boy is bullied in the schoolyard and goes home to his father. His father, knowing how the rules of the schoolyard go, teaches his son the rudiments of boxing. Later on, the bully returns to the boy and gets a bloodied nose for his efforts. They make up afterwards and become schoolyard friends.

How much our culture has changed in the 35 years since Scarry’s book was written. How little personal responsibility we are willing to take, and how little personal responsibility we encourage our children to take for their own safety, welfare, and confidence. I’m reminded of a quote from my teacher’s teacher, Stephen K. Hayes: it takes two to make a bully – the bully and a willing victim. Most bullies are folks who are not looking for a fair fight. They’re looking for someone to use. If it’s obvious you’re not going to roll over and give in, they’ll typically move on to someone easier, someone who is willing to play the role they want them to play.

The blame squarely falls on the parents of the bullied child.

Now, just to be clear, the bully has as much responsibility for the act of bullying as the victim, but the reality of life is that there will always be bullies, jackasses, profoundly clueless and deeply irresponsible people, and just plain idiots. When they do something stupid, it has an impact, unquestionably, but you have little to no control over them. You have total control over yourself and how you choose to respond, and a bullied child has that same control and responsibility. That’s where parents are falling down hard now – they’re taking away (or never giving) their kids that power.

Every time you intercede on your child’s behalf or appeal to the school system, every time you negotiate for more impotent rules to attempt to govern the behavior of other people’s kids, every time you whisk your child away from an unpleasant situation without encouraging them to solve it for themselves, every time you give away your child’s power to stand up for themselves to a teacher, monitor, lawyer, principal, you make them that much weaker and more vulnerable to bullying, especially when they’re very young. It’s akin to blasting your immune system with antibiotics every time you get a runny nose. The immune system’s ability to fight back is never tested and strengthened, and when some serious illness comes along, your body completely caves in. The same exact principle is at work every time you swoop in to rescue your child.

Stop coddling your child and interceding on their behalf, and teach them how to fight back by whatever means are available. Enroll them in a martial arts class. Teach them how to network and be an incredible friend-maker so that other kids in the schoolyard will ally with your child, even if they’re physically not able to fight back. Teach them most of all how to stand up for themselves against all those who would do them harm, because if you don’t, they will be permanent victims for life.

When I was a kid, I got a healthy dose of bullying in the schoolyard, especially being small, short, and not especially athletic. Instead of just giving into it or crying to my parents about it, I took action, finding friends willing to help me stand up against it and finding my own, very unique ways to fight back against it. Later on, I got involved in the martial arts to strengthen my physical abilities to protect myself and the people I cared about, but most important, my parents (especially my dad) encouraged me to stand up for myself however I could from very early on, and true to form, the bullies went elsewhere, for easier opportunities.

Bullying changes as you get older, but it never stops. The physical acts of violence might diminish, perhaps, but there are just as many bullies in your cubicle farm now as there are on your playground of yesterday. The tormentor who made fun of you being tall, short, black, white, fat, thin, whatever back then is the one who gossips against you now, sending memos to undercut you, makes discriminatory comments behind your back, and is working to sabotage the people around him or her because they can.

If your child never learns how to stand up and punch someone in the face (literally or metaphorically) from very early on, then they will endure it for the rest of their lives, because bullies and asshats are a perpetual constant. Wouldn’t you rather give your child the confidence to escape or stop a bad situation when they’re very young, so that they learn it’s okay to stand up for themselves, that it’s not okay to be a victim, for the rest of their lives?

What if your child became so strong, so confident, so powerful in their own right with your guidance that they not only stood up for themselves, but stood up for others and were able to make their own schoolyard world a little brighter, more cheerful, more safe? Wouldn’t that be amazing? It all starts with your role as a parent to help build that strong personality, that strength of character and confidence, that iron will to act and not waver in the face of wrongness.

Incidentally, those are also the attributes of the people we call heroes.