We live in a world that is sometimes described as post-factual, a world in which the average person ignores data and facts in favor of a belief. While politics, for example, has always had a questionable relationship with fact, recent times have transformed “spin” into egregious falsehoods. However, politics is not alone in the post-factual era. Many organizations operate in a post-factual nature, actively ignoring data in favor of strongly-held beliefs.

The impact of the post-factual world is dire: actual problems go unnoticed and untreated, while largely fictional problems become media centerpieces. For example, the climate crisis is a very real, quantifiable threat to humanity’s way of life on earth. Reading through the actual climate data and processing it shows unmistakeable trends towards planetary warming. 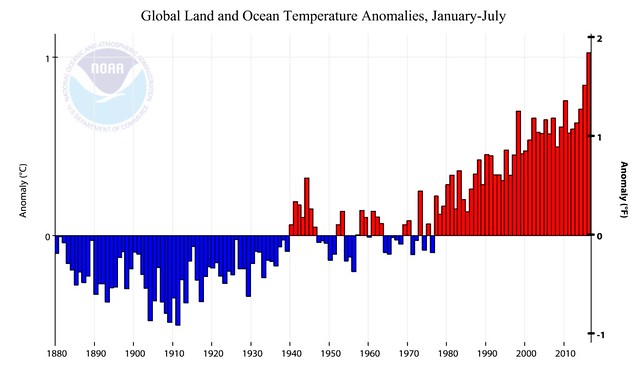 Yet a shocking number of people either ignore the data or disbelieve it.

By contrast, the anti-vaccination movement is based on no verifiable, quantitative data at all and yet has occupied an enormous amount of mindshare. A strongly-held belief, once established, is incredibly resistant to facts.

The consequences of paying attention to the wrong data or ignoring data altogether are literally world-ending, at least for the world as we know it.

Innumeracy is the root cause of disbelief for consumers of information in the post-factual era. Innumeracy, in the context of the post-factual world, is when consumers cannot comprehend data. They are ill-equipped to understand what they are seeing and unable to interpret it or glean meaning from it.

For example, consider this chart, shared by Tom Webster, of an NBC-2 chart showing survey results about Zika virus concerns: 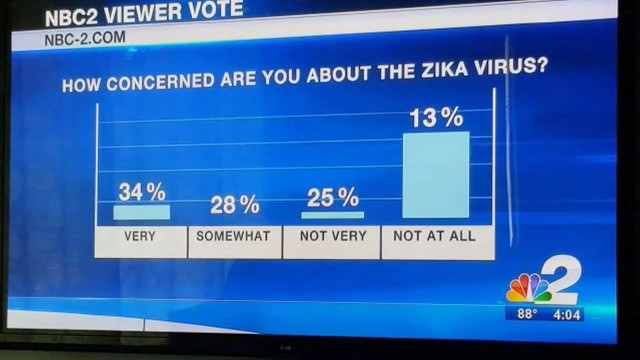 For the post-factual consumer, incuriosity means the consumer never questions the data they receive. A politician makes a bold claim that 82% of people believe X; the politician’s claim is unchallenged in the post-factual world by the average consumer, and the “fact” becomes part of a difficult-to-displace narrative.

The causes of incuriosity vary based on sender and receiver of information. Incurious senders typically have no incentive to explore data or dig deeper; in the business world, incuriosity is often driven by strict, arbitrary timetables. Marketers are forced by quarterly stock market reporting requirements to simply throw together whatever numbers they can. Content creators, especially in the news industry, need to be first with the story, even if being first means being incorrect.

Incurious receivers may have incentive but lack skills due to innumeracy and an education system that focuses more on rote and less on critical thinking.

What do we do to fight incuriosity and innumeracy? How do we mitigate the negative effects of these traits?

Some answers come from technology. The rise of the citizen analyst and the associated marketing tools and technologies help invigorate curiosity by removing or reducing a few innumeracy roadblocks.

Some answers come from education. The more we, as savvy marketers and marketing technologists, volunteer our time and expertise as generously as we’re able, the more we can open eyes and minds.

Finally, some answers come from passion. If we align our passion for curiosity and numeracy to the causes and organizations people believe in, we are more likely to encourage their adoption of our beliefs in facts, data, and objective analysis. Help the political candidate or party of your choice, but do so with facts and data rather than opinion alone. Help the charity that makes the world a better place in your view, but do so guided by the realities of information you have access to.