Once upon a time, a very long time ago in Internet years, I wrote a webinar and publication on finding your next job with social media. I stumbled over it recently while cleaning up one of my archives. While lots of the individual pieces are badly out of date, the work as a whole is still relevant. This series is a new version of the old stuff, modernized for today.

Pitching is the art and science of selling, of asking someone to exchange value with you. It’s one of the hardest things to do as a job seeker, and consequently one of the things people do least well. Let’s look at how to pitch using a cover letter or introductory statement.

What structure should you use for a cover letter? I lean towards short cover letters following the PEER structure:

Keep things short and powerful. Brevity and clarity will make your cover letter far more impactful than lengthy bouts of attempted wit and banter. Save those for the interview!

Be specific in your examples and explanation. Use as many numbers and hard statistics as you can to highlight your value.

Focus on the hiring manager in your cover letter. Every aspect of your cover letter/pitch should be about what’s in it for them. How will they benefit by hiring you, or at least talking to you?

My name is Christopher Penn and I’m applying for the position of VP of Marketing Technology at SHIFT Communications. (the point)

At my last company, Blue Sky Factory, I led the revamp of digital marketing first by rebuilding its SEO and analytics strategy in the first 3 months, focused on measurable business objectives. In the next 9 months, I rebuilt its social media and digital advertising strategy, focusing on high conversion rates and rapid experimentation. Marketing-driven revenue leapt from 500K to1.5M as a result, and we were purchased shortly thereafter. (example)

Would you like to double SHIFT’s marketing-driven revenue? I’m ready to help. When’s the best time for a conversation – would Tuesday at 3 PM or Thursday at 11 AM work better for you?

The worst mistake nearly every job seeker makes: insufficient or non-existent followup. Job seekers send one cover letter and resume, then never check back in. In sales, I was taught to follow up until we get a no or a yes. Check back in! 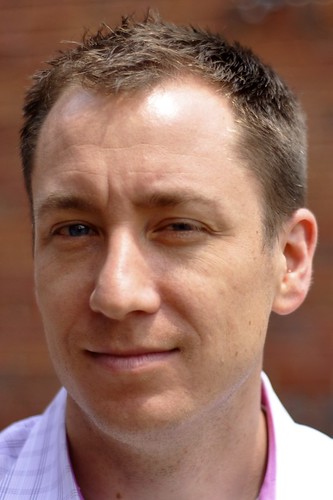 DJ Waldow, a longtime friend and colleague, has an outstanding sales email format that works not only for selling, but for pitching yourself as well.

Hey! A week ago, I sent you a resume and cover letter. I’d like to ask you for a ONE LETTER reply. I want to save you time: just reply with one letter:

A: Let’s set up a phone conversation.

B: You’re not ready to have a conversation yet. Check back in another week.

C: You didn’t receive my resume/it got caught in spam.
D: You’re not interested. Please don’t check in again.

Send this until you get a no or yes to companies you want to work for.

In the next post, we’ll wrap this series up.