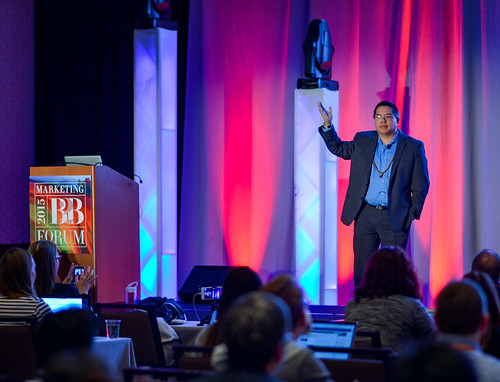 The exception to this rule is the Oratium speaking course. Taught by Tamsen Webster and her colleagues, Oratium will help you improve your public speaking by teaching you how to design a better talk. In March of 2014, I attended my first Oratium training. Since then, my speaking has gotten measurably better.

How measurably, you ask?

One of the tricks (first taught to me by DJ Waldow) I use to track my speaking performance is the use of Twitter Likes. Instead of randomly Liking comments on Twitter, I Like praise about my speaking and use my Twitter Likes as a record of my performance. 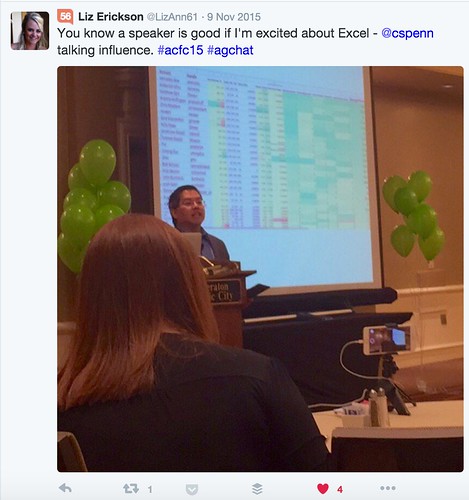 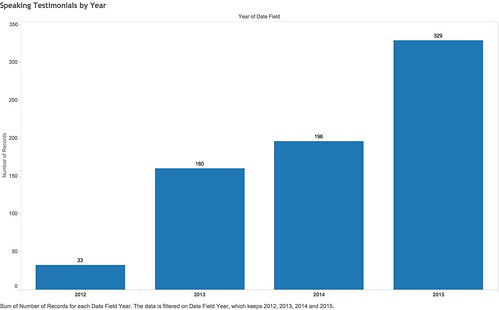 I started using the Oratium method in 2014, but it took a few months to redesign my talks. I dove headfirst into the method; I revamped each talk with strict adherence to the method. I began to see an uptick in the testimonials I received in the second half of 2014. In 2015, I increased my positive testimonials by 68% year over year.

One of the advantages of the Oratium method is that by writing out my talks, I'm able to generate abstracts and speaking proposals quickly. In 2015, I spoke at 25% more events as I did in 2014 - and doubled the number of keynotes.

Finally, while I won't get into exact numbers, I earned approximately 400% more in 2015 from speaking than I earned in 2014.

If you want to receive more praise, land better speaking opportunities, and earn more, take the Oratium course. You'll become a better speaker the moment you start using the method.

If you're an event organizer and would like to see the Oratium method in action, contact me. I am happy to speak at your event.

Disclosure: I was not compensated by Oratium for this post, nor do I receive any financial benefit, directly or indirectly, from it. I did receive a substantial discount to take the class in 2014, but I was not asked to write about my experience.