In this multi-part series, we’ll look at upcoming trends in marketing in 2016 you should be prepared to address. Today, we’re looking at Virtual Reality. 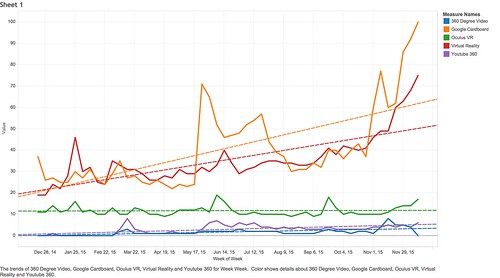 VR has been a part of our lexicon for over a decade, ever since video became a practical media for the small business and consumer to generate.

However, virtual reality as a truly immersive experience did not become accessible to the mainstream until this past year with the advent of Google Cardboard.

Going into 2016, virtual reality will be a key priority for two media companies: Google, with its Cardboard headsets distributed en masse, and Facebook, with the launch of its Oculus VR platform.

As is typical with these companies, when they have a business priority they need to promote, they will tweak their algorithms to favor that priority. This past year, when Facebook launched its video platform in earnest, it gave significant priority to video and for brief period of time, brands were able to have their posts seen organically in the News Feed if they contained video.

What does this mean for you as a marketer?

The challenge will be not the technology, but finding reasonable use cases for these forms of video when it comes to your brand. However, if you attend things like conferences and events, trade shows, or other highly interactive environments, you should be able to find plenty of reasons and test beds for experimentation for these new technologies. First mover advantage will be significant, so get started now!