How to make interactive, annotated slides live on stage

At Salesforce Connections, I tried something new out that the audience liked: turning my slides into 21st century overheads. I prepared a workbook (which you can download here), but instead of just talking through slides, I was able to draw on them on screen. Here’s a quick demo:

Now imagine this on the big screen, the ability to not only show content, but interact with it. How do you do this?

The secret, at least for me, is built into the software and hardware I use. Most modern Macs (made after 2013) and modern iPhones/iPads (ones which connect with a Lightning cable) can connect to each other to share the mobile device’s screen.

On a Mac, be sure your iPad or iPhone is plugged in via the Lightning cable. 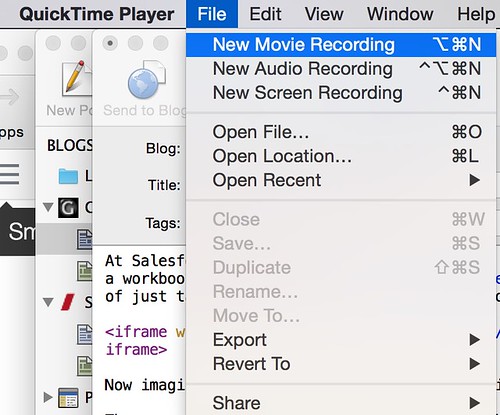 Then when the standard movie window appears (probably with your webcam activated), switch to your iPad as the camera: 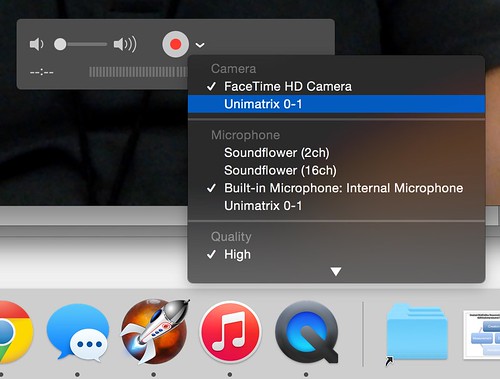 That takes care of the infrastructure setup. You can, of course, buy a separate Lightning to VGA/DVI/HDMI connector and plug your iPad in directly to the system, but the advantage of going through your laptop is that you can also record what you’re showing, which can be handy for events.

Once you’ve got the wiring done, it’s time to share content. Create slides that have lots of whitespace for writing in the slide making software of your choice. Export those slides as JPG images.

Then, in the drawing app of your choice (I use Penultimate, part of the Evernote family), drop your images in: 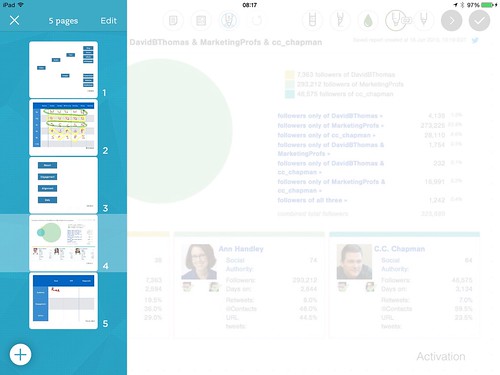 Now you’re ready to make live annotations on your slides in front of the crowd.

Try this out for a fun, different way to interact with your audience!