What Twitter’s IPO means for marketers

UPDATED: This post has been significantly updated and expanded over on the SHIFT blog. Go read it there. 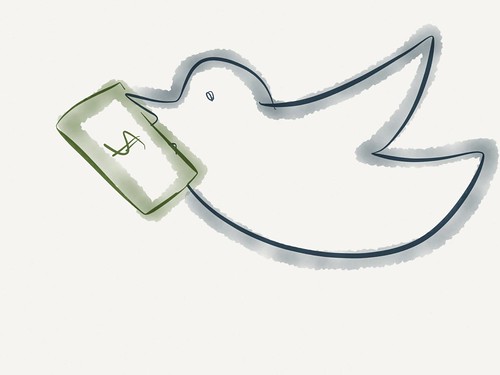 As you likely know, Twitter recently filed for its initial public offering (IPO) with the Securities Exchange Commission, a major step in the process of becoming a publicly traded company. For many of its investors, this is the long-awaited payoff of billions of dollars invested in the company. But what does the act of becoming a publicly traded company mean for the many folks who use Twitter for marketing?

The major change that going public typically means is that things like profitability in the short-term become a pressing matter. Companies are required to file quarterly earnings reports, and those companies who don’t meet or exceed expectations typically are punished by investors. This tends to create a culture where monetization and reporting gains in earnings is essential and the primary strategic focus is meeting those expectations. While some publicly companies notably thumb their noses at Wall Street, most do not and work to hit their numbers.

As a result, when a company goes public, more resources and focus are put in its revenue-generating capabilities. If you think about what Twitter has to sell in order to make money, it’s got two really valuable things. Twitter has an audience, of course, and selling those eyeballs in the form of advertisements is one of the ways it already makes money. I would expect Twitter to make significant progress and changes to its advertising mechanisms to better hit earnings numbers. It’s also possible that Twitter could implement a mechanism similar to Facebook’s, in which maximum reach to your existing audience requires investment in addition to good content.

The second major valuable asset that Twitter has is data, lots and lots of data in the form of the Twitter stream. Television advertisers and content producers pay attention to it. Marketers pay attention to it. Companies license data from Twitter already. It’s conceivable that instead of just paying to license and access the entire stream, as a few companies do, paying to access portions of the stream could happen.

For marketers, plan to increase your existing spend on Twitter to achieve the same capabilities you have today, plus new paid capabilities as they appear. While individual users will not be charged (the audience is the product), access to that audience and the data they generate seems likely.

The major benefit that we’ll receive as marketers (and customers of the service) is that once a company becomes publicly traded, we are given insights into how it functions, how its core assets are performing, and operational information that affects investors’ ownership. We’ll gain much more insight into how many people are actually using Twitter, how many paying customers it has, and what their guidance is for how they’ll increase profitability. That in turn will help us guide our social media programs and strategies for maximum impact.

What do you think Twitter’s public offering will do to change the company?