The Secret to Not Giving Away Your Secrets While Speaking 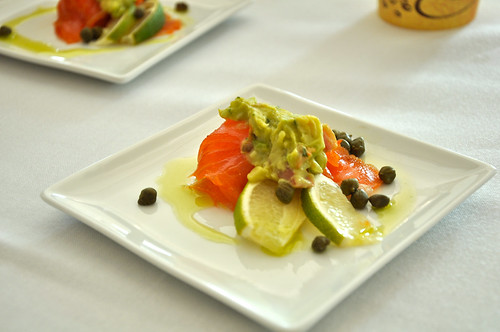 In the previous post, we talked about how to get at the secrets being shown in conferences in order to reap value for your company’s products or services. Let’s look at the flip side of that coin: suppose you’re presenting and you want to share your successes, but not give away the secret sauce of your company’s competitive advantage(s).

One of my favorite Jay Baer quotes regarding how much information you should share publicly is, “Having the recipe does not make you a chef”. For the most part, this is true – you can speak about what you’re doing to a greater or lesser degree and the average consumer will read it, enjoy it, maybe get some ideas or inspiration from it, but probably won’t go to the effort of cooking it themselves, especially if they are less skilled than you. Ideally, they’ll think it’s so brilliant that they’ll come to your restaurant and have you cook for them. That’s the absolute best case scenario.

However, if you have a lot of chefs in the audience, particularly chefs at competing restaurants, then when you publish a recipe, another chef at the same or greater skill level can look at your recipe and be able to produce it on their own. In those instances, you’d lose part of your competitive advantage. That sounds bad, doesn’t it? It sounds like the kind of thing that would make you stop sharing recipes entirely and just speak with inspirational quotes and stories of cats.

So what’s the middle ground between the best and worst case scenarios? How would you go about doing this, especially in a way that is still ethical, honorable, and helpful?

Be Helpful at a More Basic Level

One of the best ways to do this is to tailor your talk below the presumed skill level of your competitors, effectively telling them nothing new. For example, one of the tips I shared in my SocialFresh talk was about finding media opportunities using existing inbound links. This is a common and commonsense practice that many marketers already use (or should, anyway), so for those who have heard it, it reaffirms what they’re already doing but doesn’t give away any more advanced tools and technologies.

In cooking, some recipes can have things go in any order. For example, if you’re making an overnight or slow cooker stew, for the most part, you can throw in items in relatively any order or no order at all, because it’s all going to cook up together. For other recipes, such as the creaming method in baking, if you don’t perforate the butter with sugar in a mixer, you will have a baked good that will be as dense as a brick and unpalatable, if not inedible.

If you want to share stuff that doesn’t give away competitive advantage, exclude sharing the recipes that have specific orders. Keep those to yourself, to your business, and share the general order recipes that will give success to audience members. Then get super proficient at the special order recipes so that they become key competitive advantages rather than the orderless recipes.

A third and final way to share without giving away the farm is to share recipes without sharing your execution of them. For example, you could recommend a recipe that involved the curation of email lists. Most people, when faced with a data curation task, simply hand it off to the lowest paid employee to do and it gets done one way or another. However, you might have a special method in your toolkit or a special piece of code that gets the job done exponentially faster. Your competitive advantage isn’t the recipe itself but the efficiency of your execution of the recipe, and thus you can freely share the recipe with others.

These suggestions don’t stop someone who’s got a master chef on staff from decoding all of your secrets, but it’s been my experience that there aren’t that many master chefs out there that are attending all of these conferences. They stopped attending long ago when they were no longer able to extract as much easy value out of them, and thus they stopped when the easy wins stopped.