Marketing with no used cooldowns

One of the longtime jokes in World of Warcraft is that the only thing worse than ending a fight with all your cooldowns blown is ending a fight with no cooldowns used. For those who don’t play, the term cooldown refers to any ability of a Warcraft character that has long durations between uses. Typically, these are powerful abilities, and when you use them, you can’t use them again for a while so that your class of character isn’t overpowered or unbalanced.

If you play your character well, you should be able to time your cooldowns in big fights to do the most damage possible, which often means coordinating with other members of your group and knowing when one of the bad guy bosses is especially vulnerable. If you play less well, then when one of those special windows of time opens up, you can’t throw the kitchen sink at the boss and your damage per second metric (or your tanking survivability, or your heals per second) craters: 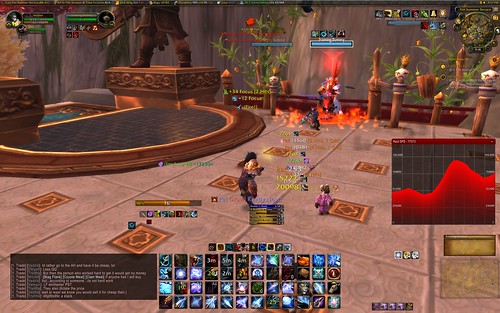 See how a good number of the buttons at the bottom have timers on them? There’s nothing left to throw besides the basics.

The only situation worse than that? Not using them at all, for fear of them not being available – a fairly frequent occurrence: 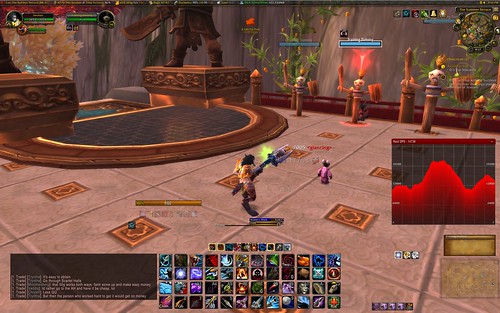 In fearing the risk-taking completely, you never reach or even approach your potential. It’s impossible to see on the small versions of the pictures, but the difference between throwing the sink and playing it safe is a 10x difference in damage per second.

Now think about your marketing. How many cooldowns do you have? How many buttons can you push for maximum effect? How long does it take them to come off cool down and be ready to use again? For example, an email marketing list will only tolerate so many sales pitches. A social audience will only deal with so many posts a day. A pay per click ad budget only has so many dollars to spend.

What are your marketing cooldowns, and more importantly, are you using them to their maximum potential, or are you playing it super safe and never even touching your marketing potential at all?