What Mists of Pandaria teaches us about paralysis of choice

Dr. Barry Schwartz is famous for his TED talk about explaining the paradox of choice: when faced with too many choices, often we choose none. Nowhere is this highlighted more than in the new World of Warcraft expansion, Mists of Pandaria. Once you reach level 90, you’re presented with a buffet of different choices for your endgame character. Actually, the buffet analogy works only if buffets could be several miles long. 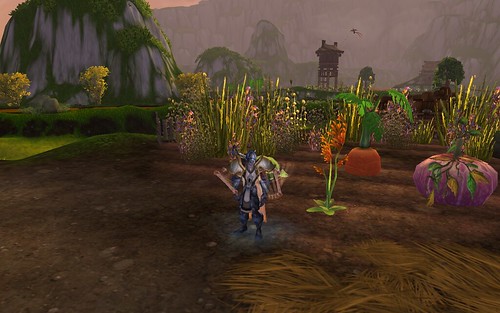 Here’s a brief look at what you can do at the maximum level:

Each of these branches of activities can lead you down a nearly endless path of quests to do, items to collect, things to make, or places to visit. Blizzard Entertainment was telling the absolute truth when they said there’s more to do at endgame than ever before.

…too much more. So much so that players are actually complaining about being overwhelmed by choice. So what’s the solution for the overwhelmed player? Set a goal. If you intend to raid, you need gear, and gear comes from valor points and dungeons. Run dungeons, do quests that award valor points. If you intend to make money in-game, focus on the moneymaking professions and the materials that support them. Getting a farm up to speed will help with this – and as many farms as you can support with your time.

Having a clear, well-defined goal cuts through all of the choices that Mists of Pandaria presents us. The catch is that with this many different ways to play, you have to pick one and only one goal. If you pick a couple or three goals, all of those goals eventually get fed back into all of the activities and you’re back to feeling overwhelmed again. For example, if you decide you want to raid and be fully raid ready with consumables, then instead of just focusing on gear, you’ll focus on gear, your farm, professions, and materials – and you’re back to a supremely large menu of choice that leaves you feeling frustrated and overwhelmed. Pick one and only one goal, focus on it like a laser, and achieve it, knowing that there will be plenty of time for the other goals to be accomplished.

It’s not a terribly large stretch of the imagination to see how this applies to the real world. Look at your to-do list. Overwhelming? Mine sure can be. I’ve got dozens of different items that support different goals and different aspects of my life. If I focus on just one in the short-term, I’ll get a lot more done than trying to do a little bit of everything and not moving the ball forward substantially in any one area.

Pick a goal for today, any goal as long as it’s something you can make substantial progress towards, and do your absolute best to tune out everything else in your work day for the day. See if that makes the difference you’ve been looking for in terms of satisfaction of accomplishment!