The next big thing in digital marketing 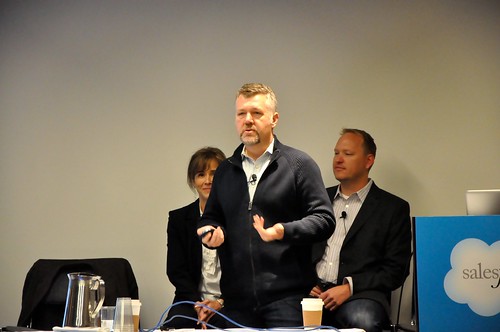 Look around. What’s the hot topic of the day? Influence. But there’s something beyond influence, something that’s even more powerful – commitment. What we see today are influence scores that are based on popularity. What has to come next are commitment scores, a multiplier of not only how powerful someone is at broadcasting or retransmitting a message, but how powerful someone is in engaging and converting their audience on your behalf.

This is on my mind very recently because of YouTube’s recent announcement that they are experimenting with video rankings based on how many users watched a video all the way to the end. That’s a neat twist – it says that the content was compelling enough to get people to stick around.

What would happen if today’s influence scores went beyond simple retweets, beyond simple rebroadcasting? What if an influencer’s scores were based on conversions made, videos watched, books read all the way to the end? The landscape of influence would look very different.

For example, who is more valuable, Chris Brogan or Tom Webster? If you look at rebroadcast scores today, Chris Brogan is by far the clear winner, by several orders of magnitude. However, if engagement mattered at a very deep level, you’d find that Tom Webster’s fans may be significantly less numerous, but engage and read all the way to the end, several times over. If we’re looking to see how engaged an audience is, Tom might well be more powerful at getting people to engage and commit than Chris.

Intuitively, we know this as marketers. We know we’d rather have conversions than retweets. We know we’d rather have money in the bank rather than exposure. Certainly, if there’s an “all of the above” option, we’ll gladly take it, but if we had to be more selective, things closer to the bank are better than things farther away from the bank. We’d rather have a few people more deeply commit (with their dollars) than have a bunch of people lightly commit (with things that don’t matter to the bottom line).

We’re not far away from commitment scoring. YouTube is looking at how much of the video has been watched. Amazon is tracking how far into a book you read. Facebook is now asking people, instead of just liking a page, to add it to your Interest Lists. Popups can fire only when you reach the end of the blog post. Our tools are giving us more and more options to measure commitment. The question is, are you ready to change your marketing focus from attention-getting alone to attention-getting plus commitment-achieving?