Are you bored in social media?

Are you bored in marketing?

Are you bored of reading the same stuff each and every day on every blog and Twitter feed? 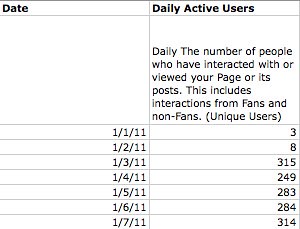 I see this daily. I see lots of authors, lots of marketing practitioners who feel stagnant, who feel as though they’re not making progress, not getting the results they want, not going anywhere with their efforts or careers. Some express it as a sort of desperation, chasing after every new thing that appears on Mashable. Others express it as a bitter cynicism, saying that everything is the same old thing.

Here’s the funny part: the new thing is right in front of you, right now. You see, what’s new isn’t what’s on the pages of Mashable or Techcrunch. What’s new is what you haven’t tried yet. Foursquare is old hat? Not until you’ve tried it, tested it, and seen whether it makes a difference for your company or not. Twitter is yesterday’s news? Not until you’ve made some part of it work for you, generate some verifiable, repeatable result.

A hammer is nothing new. Hammers have been around for millennia. Yet amazingly, we still manage to build plenty of new, awesome things with hammers every day. There are a finite number of ways to use a hammer intelligently, yet new stuff comes from their use all the time.

Here’s a quick challenge to see whether you’re ready for the new thing right in front of you. Today, go to any one of your social networks that has a data export capability and hit the Export button. Open the resulting file in your spreadsheet software of choice and go data dredging, as Tom Webster says. Data dredging is a poor practice for developing actionable metrics or proving anything, but it’s a great practice for expressing curiosity and trying to look at things in a new way. See what’s in there, see what you can make it tell you, see what stuff you never knew about. Then use that dredged up data to give you some new ideas.

For example, I dredged up my Twitter followers numbers, mentions and retweets, email list subscriptions, and Google Analytics new visitors numbers, and I’m just playing around mashing them together with the correlation function, just playing mix and match, to see what it tells me. So far, I’ve been really surprised by some of what I’ve found (but that’s another blog post). Does that mean I go and change how I use social media? No. But it means I have a whole new series of questions to ask, ideas to investigate, and experiments to try. Something as old as email or a Twitter account is brand new again, and I’m excited to get new answers to new questions, even if they’re about “old” tools.

The new thing is waiting there in front of you. Will you reach out and grab it?