The dangers of aggregation and curation 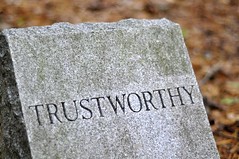 We’re flooded with more and more information every day. There are more blogs to read, more people to follow, more research papers to digest, than ever before. Our response to this tidal wave of data has been to turn to aggregators and curators, people and organizations that can filter, interpret, highlight, or suppress selected parts of the data wave for us so that we can get something useful out of it.

Aggregation and curation done well can bring the right stuff to our attention and in the process make the aggregators powerful entities in their own rights. Mashable, Techcrunch, Slashdot, Lifehacker, and many others are examples of this; even my own little summary of #the5 in the mornings is an example of aggregation and curation that builds reputation.

There is a dark side to aggregation and curation: sensation. Or sensationalism, more accurately. In order for aggregators and curators to be successful commercial enterprises, they need to be more attention-getting than the sources they’re reporting on in order to attract people to them. Sometimes the value is in the aggregation and curation itself, as the New York Times (all the news that’s fit to print) has done for over a century. But for many folks in the ADHD-riddled social ecosystem, aggregation isn’t enough to capture their attention, and so aggregation turns to sensationalism.

For example, a friend on Facebook recently shared an article which was roughly titled “Canada find a cure for cancer but no one cares”. The rather sensational piece dug very shallowly into some legitimately interesting news about a common, unpatentable chemical that impacts certain types of cancer cells but not healthy cells. In order to garner attention, the aggregator had to put their own (inaccurate) spin on the news they were re-reporting, and I’d venture to guess that fewer than 1% of the people who read the article went out and did a bunch of Googling to find the original sources and see what they said, which was something to the effect of “promising, not a magic bullet, bucketloads more research needed”.

Two lessons to take away: when you see anything being shared in social media, or any media, be aware that in order to provide or increase value, something has to be done in the process of sharing. Sometimes it’s exclusion (the value of #the5 is that there’s a whole lot that doesn’t make the cut), sometimes it’s interpretation (taking technical information and making it more general), and sometimes it’s sensationalism, putting a different spin on the same data. The faster you can understand what the value-add proposition of an aggregator is, the better an idea you’ll have about the reliability of the data you’re consuming.

Second lesson: the antidote to sensationalism is hunting down sources. In order to effectively counter sensationalism, in order to get true value out of the news that you read, consume, and re-share, take some time to do the work yourself of hunting down original sources and seeing what they say. I find very often when I see an article being shared by friends on Facebook that the original source is at least 3 sites away – the original article, an aggregator that article came from, and finally the original source. Give credit if you like to the aggregator that brought it to your attention, but provide value of your own by removing all the intermediaries and sharing the sources directly with your networks.