Social media as an agent of corporate change

Social media for business is unquestionably a hot topic in the current environment. Lots of folks want to know how it can help their business, make them some money, or reduce costs, and to a degree, social media can do all that. That said, a real stealth play for social media is using its shiny object status to effect change in an organization.

Consider Fizzcrank Corporation. It’s been doing okay for the past few years with traditional marketing, from brochures to trade shows, but it’s feeling a little stagnant. Products aren’t revving quite as quickly, and buyers aren’t buying Fizzcranks at the same levels they did two years ago. Bob the marketing manager has been wanting to do more field work to see what customers want, but management isn’t willing to step outside its comfort zone. What does Bob do? 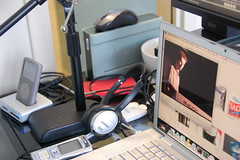 Leverage the power of the shiny object! Bob brings shiny objects like Twitter, Google Reader, and Facebook to the table and says that for no money and just some time and effort, Fizzcrank Corporation can become a leader in the Fizzcrank industry. Management is bedazzled by the shiny objects and says that as long as the no money part is true, Bob can do whatever he wants with social media. The CMO gets all excited and has a press release written (that is ignored) to announce Fizzcrank Corporation’s thought leadership in the Fizzcrank vertical.

Now the real work begins – Bob sets up his listening post tools, tying Google Reader, Twitter, Facebook, LinkedIn, and a bunch of other networks together. (see my Twitter eBook for more details on how) He sets up monitoring for keywords, starts listening for Fizzcrank in global searches, and before long finds out that customers would really like to be able to use a Overcharged Capacitor with their Fizzcrank. Bob takes the idea back to the engineering gnomes who inform him that matching up an Overcharged Capacitor with a Fizzcrank is not only simple, but a really good idea, and Fizzcrank OC is born.

Fast forward three months. Fizzcrank Corporation now dominates the Fizzcrank industry with Fizzcrank OC. Products are selling better than ever, and Bob now talks to customers regularly. Management is happy with profits. Bob is happy to be talking to real people instead of writing press releases and billboards. Customers are happy because Fizzcrank is creating products they actually need and want.

The lesson in this fictional account is that social media can be a way to introduce a cultural change in your company, away from broadcast marketing and toward listening to what your customers are saying. If you work at a company that has not developed a culture of listening, see if you can use social media as a stealth play to begin the practice – after all, your customers likely know better than you do exactly what they want out of your products or services.