With summer’s arrival and heat, sometimes you just don’t want to cook anything – at least anything requiring heat. Oi muchim, a Korean cucumber salad, is a great snack, side dish, or in sufficient quantity, a light meal for a hot summer’s day. It’s a blend of cooling cucumber and spicy flavors, and it’s absurdly easy to make.

You’ll probably run into oi muchim as a snack side dish at Korean restaurants, served as part of the appetizer set of dishes called banchan alongside snack dishes like kimchi (spicy fermented cabbage) and japchae (fried cold noodles). 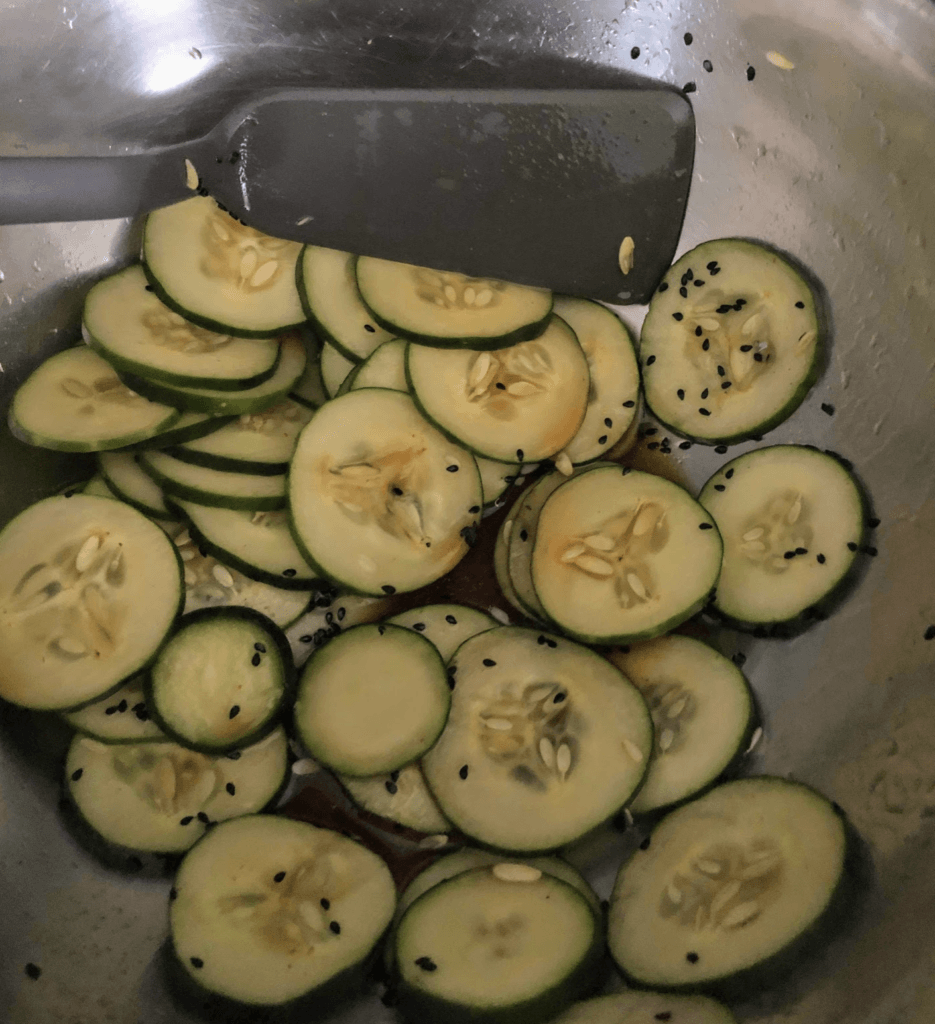 This application also does well if you want to reduce the sugar and substitute stevia. Stevia can occasionally have a slightly bitter, astringent aftertaste, but in a vegetable dish it goes really well, so if you want this to be lower sugar, swap in the equivalent of a tablespoon of sugar. Be aware that rice wine vinegar still inherently contains some sugar. If you use gochujang, it also contains some sugar.

If you’ve had oi muchim at a Korean restaurant, you’ve likely seen some versions that are covered in red chili flakes. You can use that too, either in addition to a spicy sauce or in place of it. If you substitute out the sauce, give it more time to sit. And of course, feel free to crank up or down the heat to your personal preferences.