Celebrating 10 Years of Marketing Over Coffee

Ten years ago, in a Dunkin Donuts in Natick, Massachusetts, John Wall and I started up our first marketing podcast, Marketing Over Coffee. We’d each done work with audio previously; I’d been doing a financial aid-related show and John was doing The M Show. Marketing Over Coffee was borne of us wanting to do something else, something different. At the time, there were just a handful of marketing podcasts such as Mitch Joel’s Six Pixels of Separation and John Jantsch’s Duct Tape Marketing Podcast.

We started as an interview show simply as a way to make sure we were consistent, the podcasting equivalent of workout buddies. Over time, the show has evolved as we’ve changed careers (several times), moved homes, changed industries (several times), and evolved our understanding of the wonderful world of marketing.

The show has changed significantly more as technology has changed. Back when the show started:

Here we are, a decade later, when smartphones rule our lives, Facebook owns a good chunk of the Internet itself, MySpace is gone, and Twitter has had its glory days.

A few highlights of the show over the years: 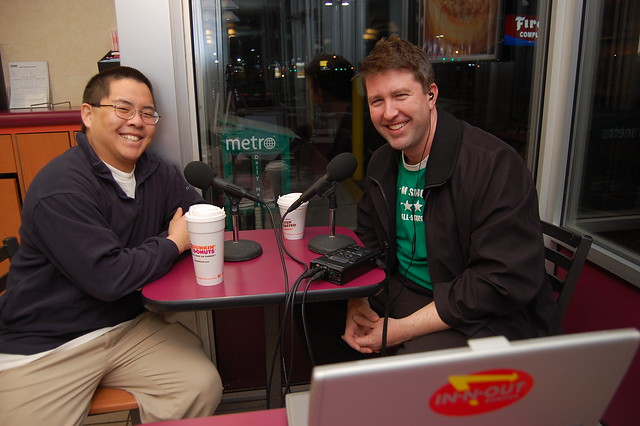 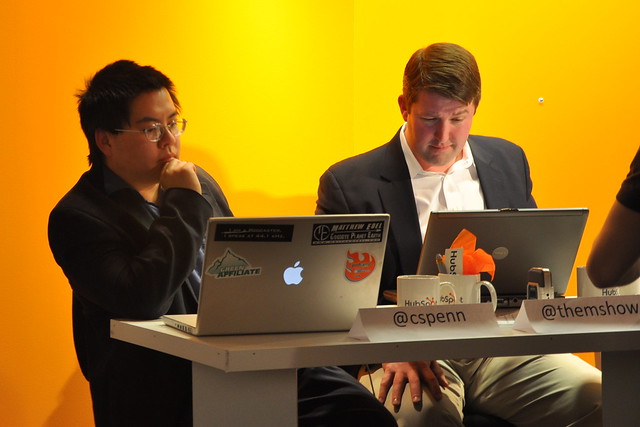 Broadcasting from the floor of Dreamforce: 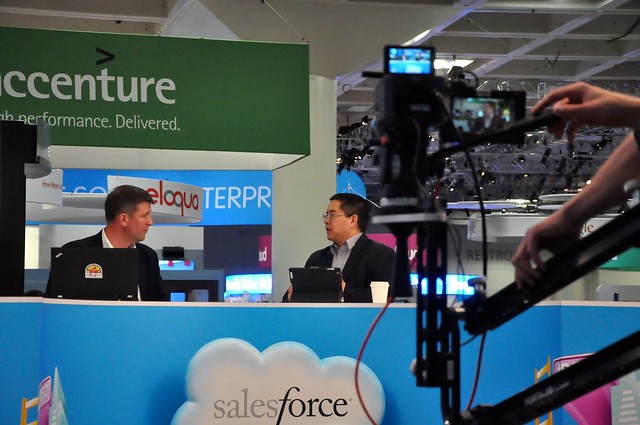 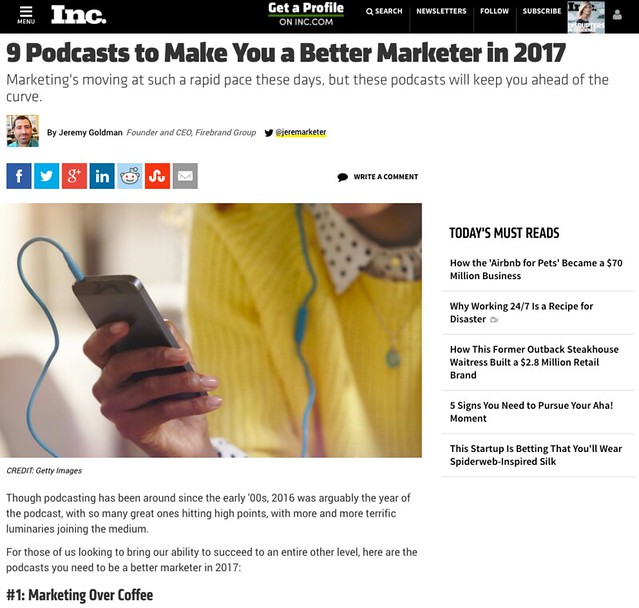 We’ve enjoyed 479 episodes so far, with many more on the way. I’m thankful to you, the listeners of the show, for staying with us for 10 years, and hope you’ll stay subscribed for another 10, or however long the show runs. John and I don’t have any plans to stop doing the show, or to stop being marketers.

If you’re not already listening, subscribe on iTunes, get the complete back catalog with the iOS app, listen on Android with Stitcher, visit the website for the newsletter, and join the LinkedIn Group.

Thanks again for joining us on this decade-long ride.