Publishers, in an attempt to recoup revenue losses, are trying to block the ad blockers. They are doomed to fail, not because ad blocking technology is superior, but because of content shock.

Since the Internet became public, we’ve been in a technological arms race. For every new advertising tool developed by marketers, enterprising technologists develop an effective counter.

Why is this doomed to fail? Ad blocking technology will eventually learn to detect the pixels detecting ad blockers and fool sites, but that’s not the reason publishers will fail.

The reason publishers will fail to stop ad blockers is because of content shock, the phenomenon described by Mark Schaefer in which content creators flood the world with far more content than audiences can ever consume. Let’s look at an example. 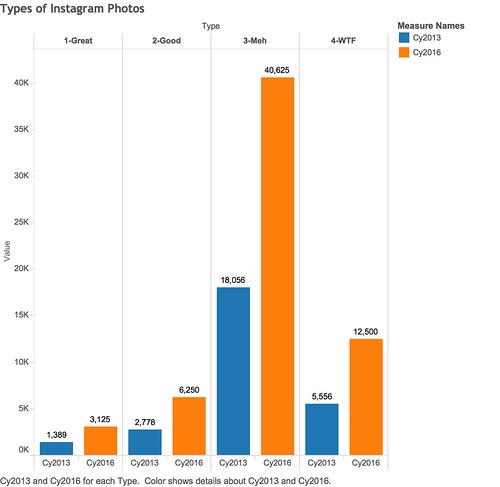 In just three years, Instagram users are loading 2.25x more photos to the service. The number of great photos loaded in 2016 is greater than the number of good photos in 2013.

What does that mean for us? It means audiences don’t have to tolerate anything less than great. Good isn’t good enough when our options for great content explode by 225% in just 3 years.

For publishers and advertisers seeking to put up walls blocking ad blockers, the audience doesn’t have to tolerate the wall. Instead of complying, the audience will simply move onto a different source of great content. The publisher loses the ad revenue and the audience’s loyalty.

What’s the solution for marketers and advertisers? Create great ads. We know for certain that audiences will watch great ads. According to the official YouTube blog, audiences have watched Super Bowl 50 ads – yes, even Puppy Monkey Baby – more than 330 million times. Create ads people want, ads that are as good as the great content consumers will choose, and we won’t need ad blockers.