2015 Year in Review: A Few Words from Colleagues 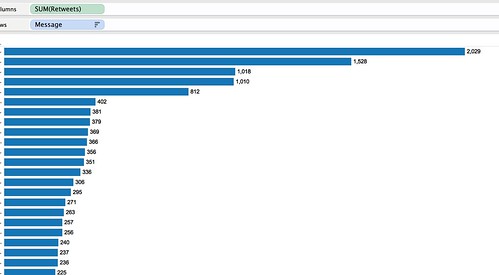 Nothing says the New Year's season like looking back at the year that was. This week, I'll be taking you on a tour of the year that was, 2015. Sit back, relax, and let's see what you liked.

Top Posts from Around Marketing

I chose to look at colleagues' 2015; what follows is a short list of marketing-related tweets from 2015. The criteria I looked at was a tweet had to be retweeted 50 times or more, and it had to be marketing/marketing technology-related.

It costs you nothing to refer people to good resources. It earns you LOTS to do so.

How will cognitive IoT disrupt industries? See the future of IoT unveiled with #WatsonIoT. https://t.co/Za4LcSTUuj pic.twitter.com/vuJDj9fYUi

How to make 8 pieces of content from 1 piece of content (what @cspenn was talking about) #smmw15 http://t.co/JAzzFmzv3o via @convince

2015 was analytics and content; content marketers struggled to be heard in an ever-noisier landscape, while marketing stakeholders asked for more and better data.

What will 2016 bring? That's for next week. For now, thank you for being here. Thank you for reading, for being a part of my community. I wish you health, happiness, safety, and prosperity in the year to come.